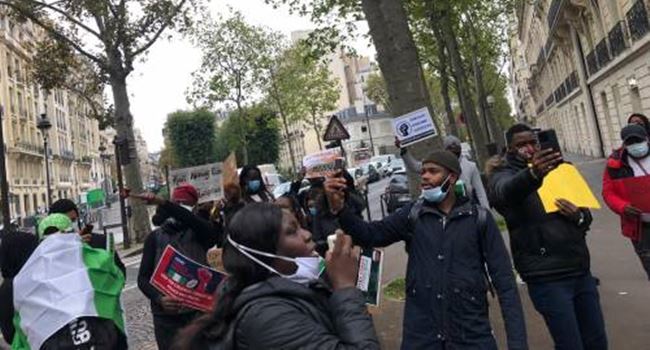 Some Nigerians in France on Friday joined the EndSARS protest to demand an end to police brutality at the Nigerian Embassy situated at the Victor Hugo area of Paris, capital of France.

The EndSARS protests are still ongoing despite the police announcing the disbandment of the unit and the announcement of the formation of the Special Weapons and Tactics Team (SWAT).

Similarly, Nigerians in diaspora including in the United Kingdom, Canada, and Cotonou among others had also held protests earlier in the week.