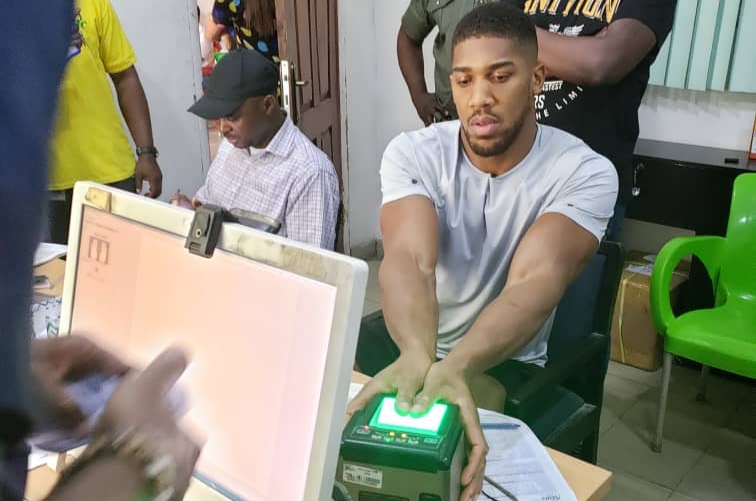 The National Identification Management Commission (NIMC) made it know on Tuesday night that the British-born fighter, whose mother is Nigerian, has been handed the NIN slip.

“Anthony Joshua @anthonyfjoshua enrolls for the National Identification Number and issued his NIN slip,” the NIMC posted on social media.

On Wednesday, Twitter had the story trending, with most comments from Nigerians directed at the NIMC and the government of President Muhammadu Buhari. 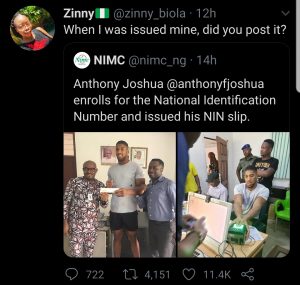 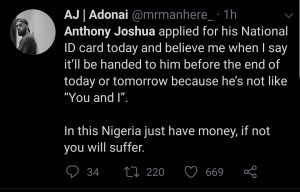 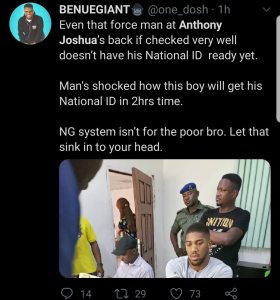 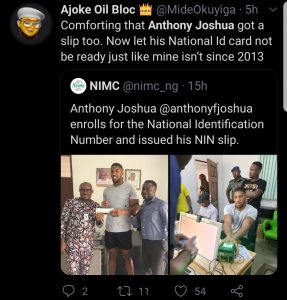 Joshua, who regained his heavyweight belts after defeating Andy Ruiz in Saudi Arabia, is set to fight Kubrat Pulev to defend them.