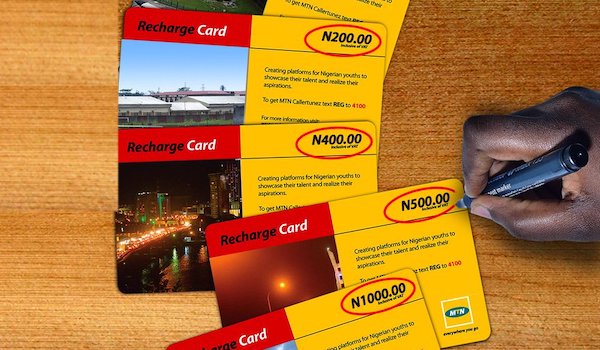 Despite the crushing impact of the COVID-19 pandemic on the Nigerian economy, mobile telecommunication subscribers in Nigeria spent about N4.82 trillion on airtime purchases in 2020, Ripples Nigeria reports.

A breakdown of the figure by the online platform revealed that Nigerians spent an average of N340.1 billion monthly and N11.18 billion daily on the purchase of airtime.

The average revenue per user is the amount of money that a company would expect to generate from an individual customer while the MNOs were Airtel, MTN, GLO, and 9mobile.

Analysis of the subscribers’ data from NCC website showed that Nigeria had 186 million subscribers in January and 187.4 million in February.

In calculating how much was made by the mobile phone operators, Ripples Nigeria multiplied the ARPU by the monthly GSM subscribers in the country.

In January, the operators earned N320 billion and N323.2 billion by February ending.

The figure increased further to N343.1 billion at the end of July.

The total revenue earned by the operators hit N203.1million and moved up to N350.32 billion in September.

The figures for October, November and December were N358.5 billion, N357.9 billion, and N352.2 billion respectively, bringing the total sum spent by Nigerians to access telecommunication service to N4.82 trillion in 2020.