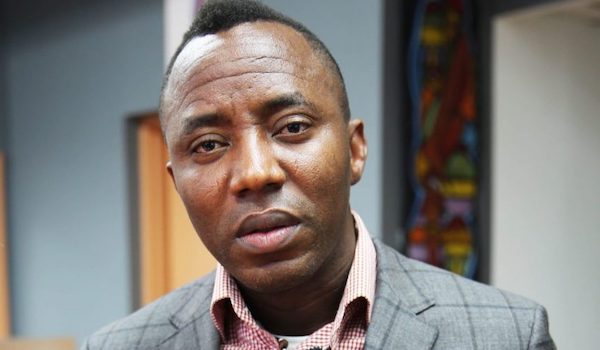 The African Action Congress (AAC) presidential candidate, Omoyele Sowore, said on Tuesday he has not fallen out of favour with the Nigerian youths.

Sowore, who stated this in a Channels Television’s programme, Politics Paradigm, declared that young Nigerians still see him as a better alternative to other candidates eyeing the nation’s highest political office in 2023.

When asked if the youths still see him as an alternative to the All Progressives Congress (APC) presidential candidate, Bola Ahmed Tinubu, the Peoples Democratic Party (PDP) flag bearer, Atiku Abubakar, and Peter Obi of the Labour Party, the Sahara Reporters publisher simply replied, “I have no doubt that followership is still there.”

The 61-year-old Obi is the most popular of all the contestants, particularly among the youths in the country.

They have taken their support for the former Anambra State governor to social media and troop out for solidarity rallies to sell his candidacy over Atiku and Tinubu.

But when asked whether he has fallen out of favour with the youths unlike in the build-up to the 2019 elections, Sowore, added “No, not at all.”

He explained that not all youths who participated in the ENDSARS protests of October 2020 support Obi.

He alleged that the former governor did not identify with the protesters.

“Did Peter Obi participate in EndSARS?” Sowore queried, stating that he has always been on the side of youths.

“Not all the young people who participated in ENDSARS are following Peter Obi,” he concluded.

Nigerians enjoying total freedom of expression under my watch – Buhari