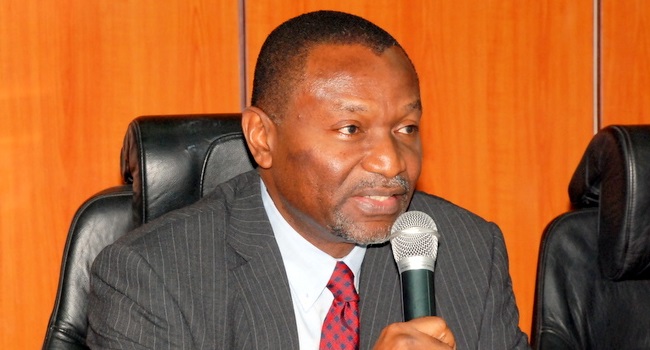 New figures released by the Central Bank of Nigeria (CBN) has shown that the Federal Government recorded a deficit of N3.4 trillion in its financial operations in 2018.

The 2018 budget, signed by President Muhammadu Buhari on June 20 last year, had total spending of N9.1tn, comprising of N2.87tn for capital expenditure, N3.51tn for recurrent (non-debt) expenditure while N2.01tn was budgeted for debt servicing.

Government had planned to fund the budget by generating N658.55bn from Companies Income Tax, N207.51bn from Value Added Tax, N324.86bn from Customs while N57.87bn was expected to come from federation account levies.

Also, the government planned to raise N847.95bn through independent revenue from its agencies, while tax amnesty income, signature bonus and unspent balance from previous years was to provide N87.84bn, N114.3bn and N250bn respectively

However, the CBN Economic Outlook Report for the fourth quarter of 2018 showed that the government’s revenue target was not met, as it was able to generate enough to meet its expenditure.

In the first quarter of last year, the Federal Government’s retained revenue was put at N884.88bn while it’s expenditure was N2.01tn. This resulted in a fiscal deficit of about N1.13tn.

In the second quarter of last year, the Federal Government earned N1.12tn while it’s expenditure was N1.63tn, resulting in a deficit of N504.8bn.

For the third quarter, the revenue of the Federal Government was put at N1.03tn with the expenditure of N1.89tn, leading to a deficit of N855.09bn.

For the fourth quarter, the fiscal deficit widened to N910.4bn as the government was only able to generate N916.44bn to take care of its total expenditure of N1.82tn.

The CBN said in the report: “The Federal Government retained revenue for the fourth quarter of 2018 was estimated at N916.44bn.

“This was below the proportionate quarterly budget estimate and the receipts in the preceding quarter by 51.5 per cent and 11.5 per cent, respectively.

“Of the total revenue, the Federation Account accounted for 90.4 per cent, while Value Added Tax, Excess crude/Petroleum Profit Tax,

“The estimated Federal Government expenditure for the fourth quarter of 2018 stood at N1.82tn and was below the proportionate quarterly budget estimate of N2.37tn by 23.1 per cent and the level in the preceding quarter by 3.4 per cent.

“A breakdown of the total expenditure showed that the recurrent component accounted for 87.8 per cent, while capital and statutory transfers accounted for 5.9 and 6.3 per cent, respectively.

“A further breakdown of the recurrent expenditure showed that the non-debt component accounted for 53.8 per cent, while debt service payments were 46.2 per cent.”