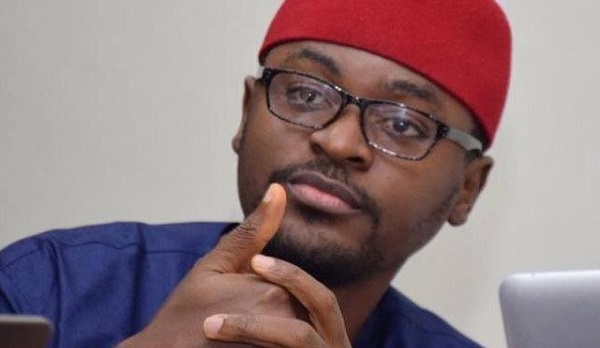 Any entity which launches into a contract with another out of desperation and from a position of destitution is doomed to be marionetted, violated, and risks losing whatever autonomy it enjoys. Sadly, this appears to be the case of our country in its ‘’nuptials’’ with China.

When Nigeria caught the ‘’China fever’’, I recall some reputable organisations and global thought leaders advised the country not to throttle too fast into gormandising whatever delicacy China was serving. Rex Tillerson, the United States former secretary of state, especially, warned Nigeria and other African countries against tipping into China’s snare, saying the Chinese “encouraged dependency, utilised corrupt deals and endangered Africa’s natural resources”.

He also said: “We are not in any way attempting to keep Chinese ‘dollars’ from Africa,” he said, “(but) it is important that African countries carefully consider the terms of those agreements and not forfeit their sovereignty.”

Even though, Tillerson represents another imperialist interest, his words of caution are portentous.

On Tuesday, the house of representatives panel investigating the government’s loan agreements, let out a bellow over a clause in article 8(1) of the commercial loan agreement between Nigeria and the Export-Import Bank of China which cedes our sovereignty to a foreign power in the phenomenon of a breach. The $400 million loan was secured for Galaxy Backbone, the government’s information and communication technology (ICT) agency, in 2018.

The clause reads: “The borrower (Nigeria) hereby irrevocably waives any immunity on the grounds of sovereign or otherwise for itself or its property in connection with any arbitration proceeding pursuant to Article 8(5), thereof with the enforcement of any arbitral award pursuant thereto, except for the military assets and diplomatic assets.’’

Is this not the primrose path to indentured slavery? Do we have the capacity to defray debts owed China? Why have we signed away our future? Have we not purposely walked into China’s debt snare?

A report by Nairametrics shows Nigeria has obtained 17 Chinese loans to fund different capital projects, totalling $6.6 billion, and the country will still be servicing the loans until 2038, which is the maturity date for the last loans secured in 2018.

It also quoted Bongo Adi, the director of Centre for Infrastructure Policy Regulation and Advancement (CIPRA), Lagos Business School, as saying Nigeria ‘’lacks accountability, transparency, and responsibility to refund the loans’’. So, we stand the chance of being ensnared in China’s debt snare.

In Africa, Zambia, which owes China $7.4 billion, was reported in 2018 to be on the verge of losing its electricity company, ZESCO, for defaulting on repayment. Also, Kenya, was reported as a potential casualty in the growing list of China’s economic imperialism as it could cede its most prestigious port of Mombasa to the eastern power like Sri Lanka, which lost the right to its Magampura Mahinda Rajapaksa Port after failing to repay Chinese loans, did.

The Chinese are notorious for their ruthlessness and lack of regard for the laws, rules and norms of other countries, especially in Africa. They advance like locusts devouring any natural resource in sight – pillaging communities and contaminating natural supplies. Some of the illegal gold mining operations in the north-west and in the south-west are run by the Chinese.

They have zero consideration for their host communities, and it is either their way or the high way. Even in the Federal Capital Territory (FCT), they are illegally quarrying and contaminating water supplies. A report by TheCable revealed how a Chinese mining company was contaminating the only source of water supply for a community in Abuja. This is another area of our abusive coupling with China – perhaps; the Chinese think they already own the land.

Read also: What is morally wrong with discrimination? A Kantian analysis

But why do we always have to sign slave agreements? We signed a dubious and precarious deal with Process and Industrial Development (P&ID) and ended up with a $9 billion debt noose on our neck. We reinforced the same trauma in the agreement with Azura Power which makes us liable to pay $1.2 billion if we even want to rethink the deal.

Why? I think it is a case of personal security and interest above the national interest. Every deal has a broker or brokers. A coterie of the elite is benefiting from the wholesale mortgaging of Nigeria’s future through these toadying agreements. The slavish deals are, in fact, a conspiracy against the people. And the conspirators are in the highest realm of the government. When personal interest drives policies, negotiations and agreements, then treason is excused.

Nigerians when are we taking back our country?