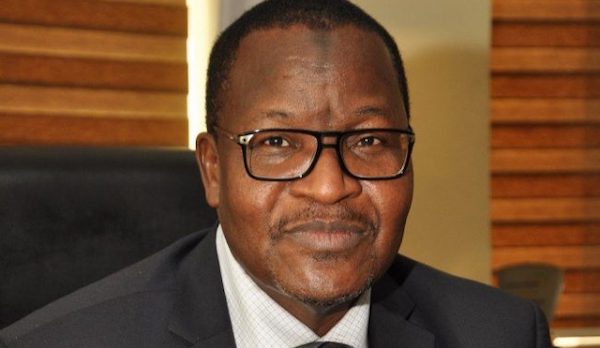 The Nigerian Communications Commission (NCC) has confirmed that the number of active telephone subscribers has hit the 208 million mark across the country.

At a press briefing the Commission held in Abuja on Thursday to usher in the new Permanent Secretary of the Federal Ministry of Communications and Digital Economy, Festus Daudu, the NCC Executive Vice Chairman, Umar Danbatta said third generation (3G) and fourth generation (4G) base transceiver stations deployment in Nigeria had also increased from 30,000 to 53,460.

He further revealed that fibre optic transmission cables had expanded from 47,000km to 54,725km in the last five years, resulting in improved broadband and telecoms service delivery to Nigerians.

“The BTS, fibre optic cables and other related infrastructure are central to the provision of improved service experience for Nigerians by their respective telecoms service providers,” Danbatta said at the briefing.

He added that licensed infrastructure companies were also expected to add 38,296km to optic fibre cables when they commence full operations.

“As at November 2020, active telephone subscribers stood at 208 million with tele-density standing at 108.92 per cent, while active Internet subscriptions were 154.9 million and a broadband penetration of 45.07 per cent,” Danbatta said.

Before the latest figures announced by the NCC, industry operators had put the number of telephone subscribers in Nigeria at about 207 million.

The Executive Vice Chairman said the Commission had introduced various interventions such as the issuance of directives to mobile network operators to protect consumers from being shortchanged.

Other measures, he said, include the enforcement of mobile number portability as well as the introduction of the Do-Not-Disturb 2442 to check cases of unsolicited text messages.

He added that the number of subscriptions to DND service had hit over 30 million as the service empowered Nigerians to be able to protect themselves from the menace of unsolicited text messages.

The new Permanent Secretary, who also spoke at the briefing, said the contribution of the telecoms sector to the country’s Gross Domestic Product had been impressive.

He, however, urged the Commission to increase its collaboration and teamwork with the communications ministry, other agencies and industry stakeholders towards achieving the Federal Government’s objective of a digital economy.