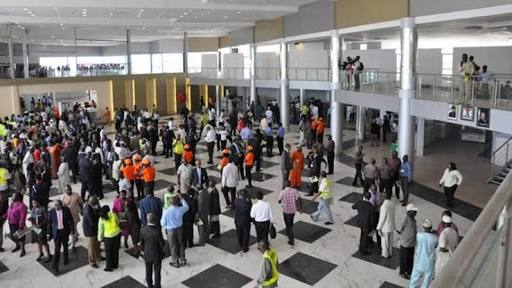 The Nigerian Civil Aviation Authority (NCAA) said the domestic and international airline operators in the country sold tickets worth a sum of N505.2 billion in 2017.

The Director-General of the NCAA, Capt. Muhtar Usman, made the disclosure at the Quarterly Business Breakfast Meeting of the Aviation Round Table (ART) on Thursday, in Lagos.

The theme of the meeting was: “Evaluation of Safety and Security Performance of Aviation Agencies in the last four years.’’

Speaking at the meeting, Usman, who was represented by the Director of Consumer Complaints Directorate of the NCAA, Capt. Adamu Abdullahi, said the value of tickets sold increased by 14.2 percent representing N82.7 billion in 2017 compared to N422.4 billion sold in 2016.

Read Also: Nigeria’s inflation drops to 11.61% in May for 16th consecutive month

The NCAA DG noted that the ticket sales by the eight domestic airlines accounted for N93.6 billion in the period under review, while thirty two other airlines on the international routes sold tickets worth N411.6 billion during the same period.

Usman said that the amount realised form the sale of tickets would have been more if not for the closure of the Nnamdi Azikiwe International Airport, Abuja, for six weeks to enable the government rehabilitate its runway.

“A stable forex regime, effective implementation of the Executive Order on Ease of Doing Business as well as the resumption of flight activities to the Maiduguri Airport, earlier closed due to insecurity, contributed to the increase,’’ he said.