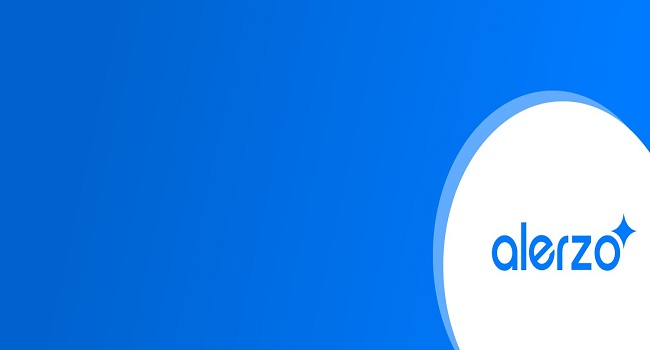 In a bid to bring Nigeria’s informal retail sector online, Nigeria’s Alerzo, a little-known B2B e-commerce retail startup based in Ibadan, has raised a $10.5 million Series A round.

The round was led by New York-based Nosara Capital. FJ Labs and several family offices from the U.S., Europe and Asia, including Michael Novogratz.

The new raiser brings Alerzo’s total raiser to more than $20 million since its launch.

According to the startup, early investors of the startup include the Baobab Network, an Africa-focused accelerator based in London, and Signal Hill, a Singapore-based fund manager.

Speaking with journalists, Opaleye explained that he started Alerzo to empower the millions of women who are the backbone of consumer commerce in Nigeria’s $100 billion informal retail sector.

Tech Trivia: Tech Trivia Answer: Which of these companies is the oldest in the pack
A. Apple
B. Google
C. Ford
D. Microsoft
Answer: See end of post

The funding comes as the startup works on a larger seed funding round to help it further expand.

The startup was founded in 2019 to allow users request a personalised shout-out video from their favourite celebrity, such as birthday or celebration messages.

After payment, the celebrity has seven days to record the video message, which myFanPark then delivers to the fan via email and WhatsApp.

Today, myFanPark’s 3,000-strong talent pool includes celebrities that range from Springbok rugby players and Olympians, to famous chefs, comedians, actors, musicians, NBA All Stars, Hollywood icons, and some of the most famous TikTokers on the African continent.

Since launch, the platform has delivered over 20,000 unique talent experiences to fans, maintained a 99.6 per cent talent retention rate, and boasts a 21 per cent customer return rate.

CashBackApp, a Kenyan customer loyalty startup, has closed a US$475,000 pre-seed funding round.

The new raiser will help scale its service in Kenya as it prepares for expansion to neighbouring countries.

According to local sources, the startup was founded in the late-2018 by Simon Ngigi, who was later joined by Allan Thiga.

Today, CashBackApp helps fast-moving consumer goods (FMCG) companies to build loyalty amongst customers by allowing them to earn cashback via M-Pesa on their everyday shopping. It began operations in 2019.

The startup partners with FMCG companies and retailers, who use the app to reward shoppers with cashback for buying products that they promote on the app.

Commenting on the progress by the startup, venture analysts noted that it has achieved significant traction, with the user base growing at a monthly compounded rate of 38 per cent in the first half of 2021 to reach 45,000 downloads.

The Ford Motor Company, commonly known as Ford, is an American multinational automaker that has its main headquarters in Dearborn, Michigan, a suburb of Detroit. It was founded by Henry Ford and incorporated on June 16, 1903, over 70 years before other companies in the quiz.

Related Topics:alerzokenyaNigeriasouth africa
Up Next