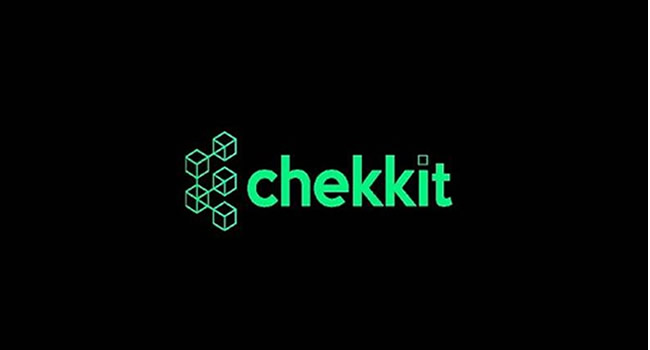 The announcement was contained in a memo signed by the company’s chief media officer, Oluwatosin Adelowo, and forwarded to Ripples Nigeria.

According to the Oluwatosin the round saw the participation of VCs such as leading Pan-African VC, Launch Africa; and Tokyo-based seed stage investment company, Japan Strategic Capital.

Commenting on the development, Oluwatosin noted that the new raiser will be invested into the protection of more lives as Chekkit seeks to strengthen its consumer intelligence and value chain solution.

He said: “The funds will enable us protect and save 100million lives across Africa and the middle east.

“We will also be strengthening our consumer intelligence and supply chain/asset tracking solutions to further secure the FMCG and pharmaceutical industries in Africa and Middle East.”

Tech Trivia: Which of these footballers did not invest in video streaming platform Grabyo?
A. Van Der Sir
B. Fabregas
C. Van Persie
D. Henry
Answer: See end of post

The startup is a B2B e-commerce platform that connects fast-moving consumer goods (FMCGs) manufacturers to retailers by leveraging technology.

The idea offers a mobile app, WhatsApp channel and a phone number that retailers can use to stock their shops.

Through Omnibiz, retailers can place orders at their convenience and have goods delivered to their doorstep at no cost.

In 2019, Omnibiz was founded by Deepankar Rustagi, an Indian founder and CEO who has stayed in Nigeria for over two decades.

Rustagi is the founder of VConnect, a marketing platform that connects individuals with businesses across the country.

With Omnibiz, distributors can focus solely on warehousing and pass on the responsibility of transporting goods to Omnibiz’s third-party logistics providers.

An India-headquartered app development studio, Robosoft Technologies, has consolidated the agreement to sell its business to Japan’s IT services firm, TechnoPro,
According to the startup, the deal was closed for $108 million.

Founded in 1996 in Udupi, a small town in the Southwest Indian state of Karnataka, Robosoft Technologies started its journey as a software development firm.

With incredible traction, the startup was one of the earliest firms globally to be certified as Mac OS developer by Apple.

Speaking on the mobile market and potential, the company noted that the company saw an to penetrate the mobile phone space as the industry was positioned to be a big venture.

The statement reads: “We knew mobile was going to be big with the launch of iPhone and the App Store ecosystem. We began building mobile apps for clients across the globe and there’s been no looking back.

“Robosoft has had a phenomenal journey over the last two decades and has grown by leaps and bounds during this period. The partnership with Ascent Capital and Kalaari Capital heralded a strong growth era for us and I am very happy that we are handing over the reins of the Company to a global player like TechnoPro.”

Grabyo is a video streaming platform, benefiting from the rapid growth of video consumption through social platforms. It works with many of the largest sports rights owners and media companies, such as La Liga, Eurosport, Sky Sports, FIFA World Cup among others, giving them tools to create social media clips from live broadcasts.

Nigeria’s Moove closes $63.2m Series A. 2 other things and a trivia