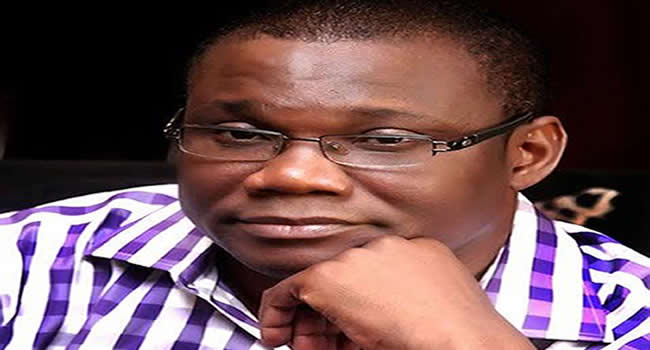 The civil society in Nigeria has been thrown into another round of mourning following the death of frontline activist, Dr Innocent Chukwuma, who died on Saturday night after being diagnosed with Acute Myeloid Leukaemia.

This came soon after the death of Afenifere spokesman, Yinka Odumakin.

Chukwuma’s death was announced by frontline freedom of expression advocate and the Executive Director of Media Rights Agenda, Edetaen Ojo, on Sunday.

In a brief statement, Ojo said:

“With profound shock and sadness, I regret to inform you that Innocent Chukwuma passed away in the evening of April 3. May his soul rest in peace.”

Also reacting to the death of the activist, former Senator representing Kaduna Central senatorial district in the National Assembly, Shehu Sani, took to his Twitter handle to express his shock.

“Innocent Chukwuma; another tragic loss of a patriot. Death hath taken away one of the brightest.May his Soul Rest In Peace.”

Chukwuma who was 55 at the time of his death, was the Regional Director, Ford Foundation, West Africa, and began activism as a student union leader in the 1980s.

The deceased, who was passionate about police reforms, set up CLEEN Foundation in January 1998 with the mission of promoting public safety, security, and accessible justice through the strategies of empirical research, legislative advocacy, demonstration programmes, and publications, in partnership with government, civil society, and the private sector.

He was among the biggest advocates for police reforms and helped champion the amendment of the Police Service Act last year.

His wife, Dr. Josephine Effa-Chukwuma, who is also an activist, is the founder of the Project Alert on Violence Against Women.