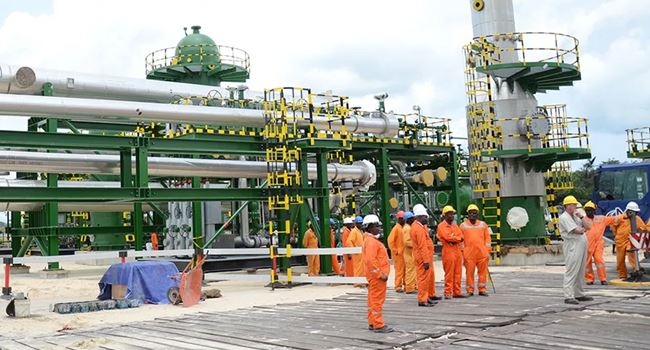 Nigeria’s daily oil production declined to 1.32 million barrels per day (bpd) in November following an oil output cut agreement among members of the Organisation of the Petroleum Exporting Countries (OPEC) and its allies led by Russia, a grouping collectively called ‘OPEC+.’

Data obtained from the OPEC website on Wednesday revealed that Nigeria’s oil production fell by 1.5 per cent from 1.34 million bpd in November, based on direct communication.

In April, OPEC+ struck a deal to slash oil production in order to moderate the crash in demand and prices in the aftermath of the coronavirus outbreak.

Supply was scaled down by an unprecedented 9.7 million bpd for May and June and later was sustained into July.

Delinquent members of the cartel like Nigeria, who failed to comply, were asked to make additional cuts between July and September in order to make up.

The oil production cuts were later reviewed downward to 7.7 million bpd from August to the end of the year.

During its meeting earlier this month, OPEC+ entered a pact to gradually raise oil production by half a million barrels per day beginning from January. It also planned to hold monthly meetings starting from January to deliberate on further modification in production until the total production increase attained two million bpd.