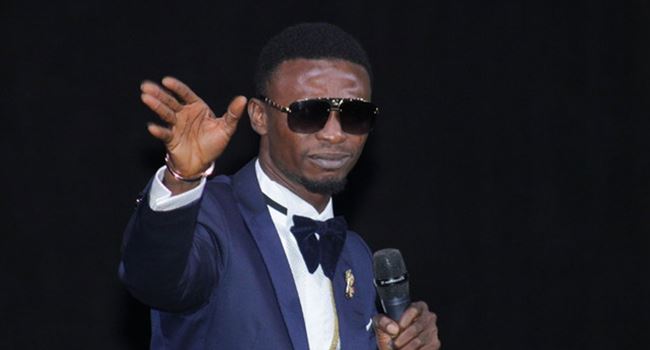 Stand-up comedian I Go Dye has taken a swipe at the import of democracy in Nigeria after 20-years of practice, saying the political process has created more monsters as leaders in our lives.

According to the humour merchant, Nigerian democracy has brought about gross disunity, hardship and insecurity among its citizenry, noting that the gap of poverty between the rich and the poor has continued to grow.

In a lengthy post on his Instagram page tagged “CONGRATULATIONS TO A NATION THAT HAS PRETENDED TO HERSELF THAT ALL IS WELL,” the comedian said it is appalling that ex presidents, Governors and legislators continue to take home packages that our senior citizens never received after labouring for 35 years.

The comedian also added that the present democratic setting in the country is a complete departure from the norms which protects the will of the people and their freedom to be heard and represented.

He wrote; “The gap of poverty continue to grow, our ex-presidents, Governors and legislators continue to take home packages that our elder statesmen never received after labouring for 35 years, while they are frustrated with several screenings every day for their pensions entitlements. One of such embarrassing process is ongoing now across the country.

“What I witnessed in one of the centres in Imaguero college in Benin City is a shame on us. A situation where old people are kept in lines, many of them brought from their sick beds, denied medical attention just to be captured, after travelling from Ondo, Delta and the remote parts of their settlements to Edo State just to undergo screening.

“My question to the federal government and our legislators is, if this is how they suffer to get their packages for just eight or four years service as elected officials? The freedom of democracy has created monsters in our lives,breeding demons in the midst of a religious society that has no value for human lives,no conscience to care for our neighbours.

“Today public institutions are left for the poorest to bear, based on the ills of unproductive governments in the last 20 years of this faceless and expensive journey called democracy. Till date no law has been created to reduce the unemployment rate,neither has the life expectancy improved. people are running out of this country just to walk away from this freedom that is embodied in chains.

“I weep because today,we are on another journey to handover to a new group and co existing one’s that will become billionaires in just four year and no law will be passed to care for the old,the young or the generation to come. I say congratulations to a nation that has pretended to herself that all is well, a mean 30,000 naira minimum wage is still be discussed and yet they will receive 1 million times better just to say the hi have it in the floor of the house, democracy was designed to be a gift,but the lust in us have turned this privilege to become the most expensive way of leadership,” he added.