Nigeria's FairMoney launches venture in India. 2 other things and a trivia | Ripples Nigeria 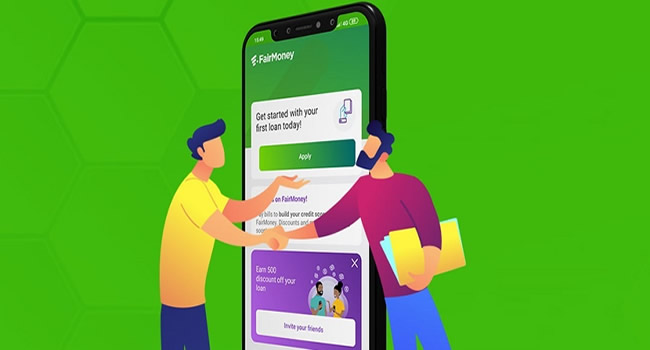 FairMoney, Nigeria-based digital bank, has launched its venture in India, as it pursues emerging market growth.

FairMoney, which aims to give underbanked people access to digital financial services, was founded by Laurin Hainy, Nico Berthozat and Matthieu Gendreau.

With the new launch, FairMoney will take its digital offering and services to India, using loans as a launching pad for its future bank accounts.

Building its infrastructure to support state of the art technologies, it adapts artificial intelligence (AI) to disburse loans to users in seconds, without any human intervention.

By building this automated process, and with a focus on very large countries like Nigeria and India, FairMoney already has close to 1.5 million users across the two markets, and hopes to keep the same fast growth pace.

Speaking on the inspiration behind the founding of the digital bank, Hainy, who has duo citizenship as a Nigerian and German, stated that he noticed the challenge of inadequate financial inclusion in Nigeria, where many because of not having a bank account could not benefit from the traditional banking services.

He said: “Banks stayed apart from this untapped market because of the lack of digital tech expertise to serve people with limited revenues in remote areas.”

Since its new launch in India, the digital bank has grown its figures close to 100,000 users, going forward to show how relevant and useful the product is for the Indian market.

Tech Trivia: Who is considered as the world’s youngest computer programmer?

Malian insurtech startup OKO has announced raising US$1.2 million in seed to fund its expansion plans across African countries.

Currently availanle in Uganda and Mali, the service is accessible to anyone with a phone as claim payments on OKO are automated using satellite data and images.

According to the startup, the round was led by Newfund with participation from ResiliAnce. Mercy Corps Ventures, Techstars, ImpactAssets and RaSa.

The company already has approximately 7,000 paying customers in Mali and compensated more than 1,000 farmers last year, who were affected by floods.

OKO’s customers typically grow maize, cotton, sesame or millet while the startup works with agro-industries to help them with their sustainability goals and secure their relationships with suppliers.

O-Farms has launched as a new agribusiness accelerator in East Africa, going on to become the first in the region.

Founded by Bopinc and Village Capital, the founders received support from IKEA Foundation, and will research, identify and support entrepreneurs who are developing innovative solutions for circular agriculture in the region.

Emile Schmitz, Managing Director, Bopinc, who spoke on the development noted that the hope is for the efforts to create a ripple effect across the wider sector.

The manager said: “SMEs are one of the key drivers for change in the food system; 64% of all food consumed in Africa is handled by SMEs, and the number of agribusiness SMEs is steadily growing.

“By making their business models circular, we hope to create a ripple effect across the wider sector, helping to move food production throughout the region to go from a linear to a circular approach.

“O-Farms will be the first of its kind for Africa, never before have food-producing SMEs been challenged in this way.”

Kautilya Katariya (Indian) who is now 7, is recognized as the world’s youngest computer programmer at age 6 after completing four professional certifications from IBM for Python and artificial intelligence, setting a new Guinness World Record.

Before the emergence of Kautilya, Muhammad Hamza Shahzad was considered as the youngest for becoming a Microsoft Professional already proficient in programs and software development basics at age 7.