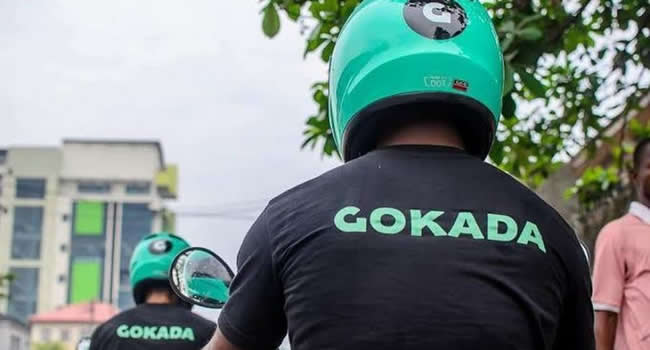 After achieving $100m in annualised transaction value, Nigerian startup Gokada has launched a super app where customers can access food delivery, e-commerce, and ride hailing services in one place.

Despite raising a US$5.3 million in Series A funding in 2019, the unexpected Lagos state’s motorcycle ban and the untimely death of founder Fahim Saleh dealt a big blow on the performance of the startup.

With pandemic, the startup rejuvenated and currently has one of the largest fleets of delivery drivers in Lagos.

Today, Gokada has scaled its venture more than three times in the last six months, passed US$100 million in annualised transaction value, and has completed over one million food delivery and e-commerce orders in the last 12 months alone.

Speaking on the growth and prospects of the startup, Nikhil Goel, chief executive officer (CEO) of Gokada, stated that the company is on the road to become a US$20 billion company.

He said: “The e-commerce and delivery market in Nigeria is growing at an exponential rate and will be worth more than US$20 billion over the next few years. I experienced the same kind of growth in India when I was with Zomato.”

Tech Trivia: In the computer world, every 30th of November is celebrated as?

Since its launch last year, the company has raised over $8.6 million, including a $850,000 pre-seed raised in May 2020 and $125,000 secured after going through Y Combinator’s Winter batch early this year.

Founded by Faisal Toukan, Sarah Toukan, and Andrew Gold, the company allows users to send and receive payments with just a phone number —no IBAN or swift code required as is the de facto method in the UAE and some parts of the Middle East.

Running a unique business venture, the startup is the country’s first licensed social peer-to-peer application “on a mission to simplify finance for everyone.”

Ugandan agritech platform, Farm Kiosk, has launched its offering to connect farmers together.

Earlier launched in August 2018, the startup launched its mobile app in October 2019, and has continued to grow its offering.

According to local media, it was Bwanika Charles’ teenage passion for agriculture that drove him to venture into growing cereal crops, mainly maize, on a rented piece of land in his home district of Masaka back in 2014.

After harvesting two tonnes of maize, only to fail in getting the right market given the fact that prices had drastically fluctuated, Charles had to sell cheap.

Hence, this disappointment led Charles to thoroughly research post-harvest loss control and value addition in the cereal crop space in order to provide a solution to farmers who suffered from similar challenges, and he is now founder and chief executive officer (CEO) of Farm Kiosk.

Today, with the latest feature, Farm Kiosk mobile app has interactive user-friendly features which allow it to profile farmers, buyers and extension workers, specifically agronomists and veterinarians, so that it can help farmers sell their produce and access specialist knowledge.

The 30th of November is known as “Computer Security Day“

SAIS invests $5000 in Five African startups. 2 other things and a trivia