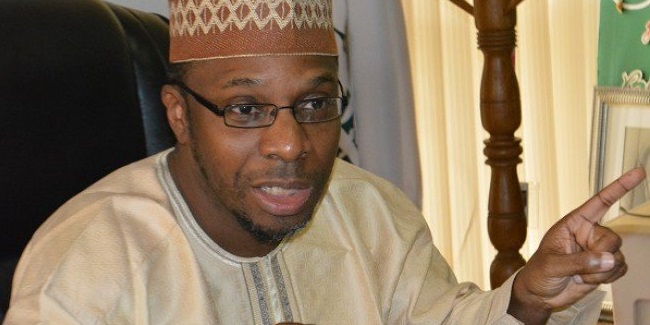 Nigeria’s Consumer Price Index (CPI) further dropped for the 16th consecutive month in May, moving the index closer to the Central Bank of Nigeria’s (CBN) target, the latest CPI report of the National Bureau of Statistics (NBS) released on Wednesday has shown.

The CPI measures inflation, the composite changes in the prices of consumer goods and services, such as food, transportation, and medical care, purchased by households, over a period.

According to the report obtained by Ripples Nigeria, the nation’s statistics office said the inflation rate rose to 11.61 percent in May 2018 from a year earlier (YoY), leaving the rate less than 3 percent to fall within CBN’s single digit target range of 6 percent to 9 percent.

However, the figure slid 0.81 percent points below the Federal Government’s inflation projection of 12.42 percent for 2018 contained in the 2018 – 2020 Medium Term Expenditure Framework and Fiscal Strategy Paper, thereby reducing impediments to the actualisation of the framework.

When compared to the 12.4 percent inflation benchmark in the 2018 budget, the index also fell below the benchmark by 0.79 percent points.

The report indicated that the index dropped 0.87 percent points from 12.48 percent recorded in April 2018 to settle at its lowest level in 27 months.

Read Also: Nigerians paid less for petrol in May— NBS

The NBS said the rise in the index was caused by increases in prices of Potatoes, Yam and other tubers, Vegetables, Fish, Bread and Cereals, Fruits and Meat.

The Monetary Policy Committee (MPC) of the CBN expressed worry over the imminent excess supply of money in circulation that would be occasioned by pre-election activities.

It said the price level would continue to moderate, but advised an orderly outflow of money to avoid wrecking the “fragile recovery achieved so far.”

“The outlook for inflation indicates continued moderation in the price level, even though the risks include huge liquidity injections that is expected to arise from the implementation of the proposed N9.12 trillion 2018 FGN budget; expenditure towards the 2019 elections; monthly FAAC injections, approval and implementation of the proposed new national minimum wage, possibly finance by a supplementary budget.

“These could impact aggregate demand and put pressure on domestic prices in the remaining months of 2018 and may dampen the gains already made by the Bank in stabilizing prices,” it said.

NSE delists Alumaco, Vono, 7Up, 19 others for non-compliance