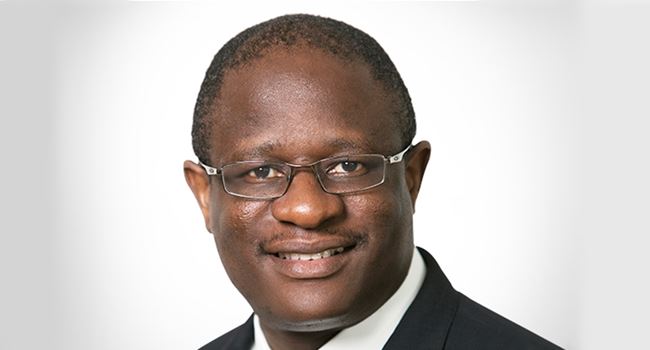 The share price of the London Stock Exchange (LSE)-listed Nigeria’s oil and gas exploration and production company, Lekoil Limited, suffered a free fall Tuesday, plunging by as much as 69% following the discovery that the $184 million credit line it was on the verge of sourcing had been mired in fraud.

Shares of the AIM-listed company had closed at 9.40 pence on Friday before it came crashing to 2.50 pence on the LSE yesterday in response to the deftly orchestrated fraud, described as a “complex facade”.

Lekoil has recently been joined by Mark Simmonds, the UK Africa’s minister in David Cameron’s days, as a non-executive director and now will be joined by Tony Hawkins, Chief Executive Officer of London-based Columbus Energy Resources, who is also on the firm’s board.

The Africa-focused oil and gas firm company immediately suspended trading in its shares on Monday but this was after a far-reaching harm had already been done given that the firm had handed $600,000 fee over to a consultancy, promising to help access a loan from Qatari Investment Authority (QIA) before the scandal was unravelled.

The development has upset expectations regarding Nigeria’s chances of finding a worthy indigenous oil and gas firm that will step into the yawning gap left behind by global oil and gas giants like Chevron and ExxonMobil, whose exit from the Nigeria’s oil and gas downstream sector is round the corner.

Proposed to develop Nigeria’s Ogo Field within Oil Prospecting License 310, the supposed loan was publicly announced some two weeks ago.

The Scandal in Detail

Before discussing the loan, the Bahamas-registered consultancy, Seawave Invest, had received the money from Lekoil as an initial arrangement fee in exchange for introducing the firm’s advisers to persons “purporting to be from the QIA.”

The potential loan was unearthed following the QIA’s request for proof of validity of the loan agreement to fund the appraisal well drilling – a major move towards commercialisation – in the Ogo field.

A number of investors blamed the scandal, the latest to befall London’s AIM, on poor corporate governance among companies quoted on the LSE and dearth of standards and scrutiny.

Read also: In case you missed it, an expert’s view on Nigeria’s revenue and tax systems

Seawave has had its website designed by an IT firm in Ghana, Nigeria’s West African neighbour. The URL was however anonymously registered via US-based Wild West Domains. Seawave lists addresses in the West Africa nation and the Bahamas.

“The contact number on Seawave’s website leads to Holowesko Pyfrom Fletcher, a Bahamas-based law firm that provided the consultancy with its registered office,” according to Financial Times.

Incorporated in October 2016, Seawave had been removed by the registrar of companies early this year for default, the law firm affirmed.

According to Holowesko, it was ordered by Seawave directors to say that the company and all its employees were not aware of the alleged claims while also maintaining that they were not in the picture of the accusations, promising to cooperate with the Bahamian authorities if need be.