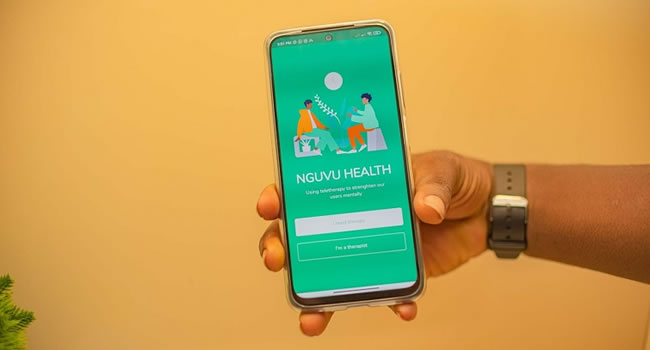 Nigerian startup Nguvu Health has launched as an on-demand online therapy venture, providing therapy sessions to Africans anywhere in the world via their smartphones.

The startup utilises Android and iOS apps to connect users with licensed therapists via in-app messaging or video call.

Providing easy access to affordable therapy sessions, the team allows users register and complete a short assessment before being matched with a mental health professional.

Building to serve more users, sessions can be conducted in both English and Swahili.

Commenting on the intent of the startup, the team noted that it has grand plans to onboard 10,000 users and 1,000 therapists by the end of 2021.

Roughly 50 million Nigerians live with mental disorders, according to a World Health Organisation report in 2017, while about 29 million Africans live with depression.

Hence, the startup is attempting to address the limited access to mental healthcare by taking advantage of increased internet and smartphone penetration.

Acumen Software, a South African workforce and asset management startup, has announced raising an undisclosed round of funding to scale its venture, My Smart City.

Johannesburg and Cape Town are the first two cities with access to Phase One of the free mobile and desktop-based platform.

The version allows citizens to report potholes, monitor power or water outages, communicate with local municipal officials, raise a petition, and much more.

Speaking on the development, Joao Zoio, chief executive officer (CEO) and co-founder of Acumen Software, noted that the idea was to give citizens a voice to air their views while calling the attention of the government officials.

He said: “My Smart City is giving South Africans a voice to see the resolution of service delivery issues and to allow them to view issues and log incidents, prioritise them and connect the right service providers to resolve them.

“We believe that the platform has the potential to Uber-ise service delivery by putting the power in the hands of the residents who use the platform.

“In time, the platform will also create jobs for thousands of citizens and private contractors.”

>Acumen Software has now raised a funding round from Imvelo, which identifies and funds promising South African small and medium enterprises (SMMEs) in the broad spectrum of financial technology, and Sappi’s Andzani Ventures.

I-G3N, a leading South African battery manufacturer, has closed a R20 million worth of investment to help the company grow and promote renewable energy on the continent.

The startup, which is a woman-owned venture, raised the amount from Edge Growth and the ASISA ESD initiative.

Speaking on the development, I-G3N COO, Tumi Mphahlele, expressed her excitement over the news, noting that the new raiser will see its venture partner with the investors.

She said: “We are excited to partner with the ASISA ESD initiative and Edge Growth as we work towards our mission of providing accessible and affordable clean energy for all of Africa.”

Today, the company serves over 60 000 installers of solar and backup systems across Southern Africa.

The first computer in the world weighed more than 27 tonnes and covered an area of about 1800 square feet.

How to Make Your Smartphone Your Main Business Tool