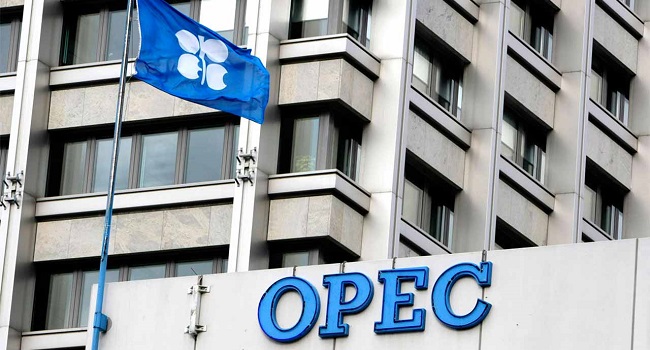 Nigeria’s crude oil production went up by 9% to 1.353 million barrels per day (bpd) in August relative to 1.361 million bpd in July, data from the Organisation of the Petroleum Exporting Countries (OPEC) showed on Monday.

OPEC gave the revelation in its September 2020 Oil Market Report issued on Monday, saying it derived its figures based on ‘direct communication.’ It, however, put Nigeria’s output based on ‘secondary sources’ at 1.482 million last month compared to the 1.480 million recorded in the preceding month, representing a 2% growth.

“Gasoline crack spreads trended downward as gasoline exports to Nigeria fell in August by 16 tb/d (thousand barrels per day) to 0.30 mb/d (million barrels per day), with many of the arrivals held in floating storage towards the end of the month.

“Gasoline floating storage in Nigeria grew by 3.68 mb to 5.16 mb in the last week of August, indicative of excess gasoline availability and limited European gasoline requirements. The gasoline crack spread averaged $8.63/b in August, down by $2.20 m-o-m and $10.18 y-o-y,” OPEC said.

Meanwhile, the oil cartel expects global oil demand to drop more sharply by this year than earlier projection as a fallout of the coronavirus crisis.

OPEC said it saw world oil demand recovering more slowly than expected in 2021, potentially making it hard for it and its allies to support the market.

It stated in the report that demand would fall by 9.46 million bpd this year, dwarfing the 9.06 million bpd decline forecasted a month ago.

OPEC, in a similar move, reduced its demand forecast for next year, saying consumption would jump by 6.62 million bpd, 370,000 bpd lower than projected last month.