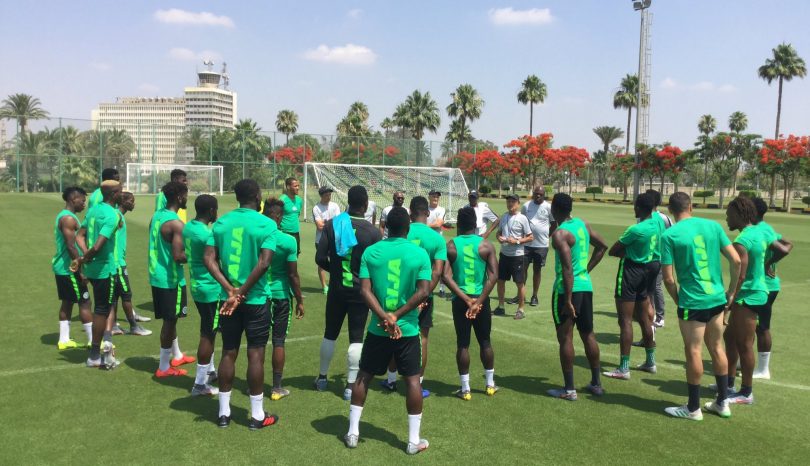 Bad news for Nigerian fans home and abroad as one of Super Eagles players, Samuel Kalu reportedly suffered a heart attack during training on Friday.

The Bordeaux of France winger was said to have collapsed during their final training ahead of their Group B opener against Burundi billed for Saturday.

“Nigeria 🇳🇬 player Samuel Kalu suffers heart attack in training ahead of tomorrow’s game against Burundi,” an official AFCON page tweeted less than an hour ago.

With temperature fluctuating between 35-37°C, Kalu apparently suffered from dehydration.

“I have been told Samuel Kalu has been stabilized,” NFF spokesman Ademola Olajire was quoted by Score Nigeria.

“He was taken to hospital for tests and he has been certified okay.”

Super Eagles coach, Gernot Rohr had earlier on Friday revealed that over 50% of his players had fallen sick due to the weather condition in Egypt.

The team will begin their campaign for a fourth continental title when they face Burundi at the Alexandria Stadium on Saturday by 6:00p.m Nigeria time.