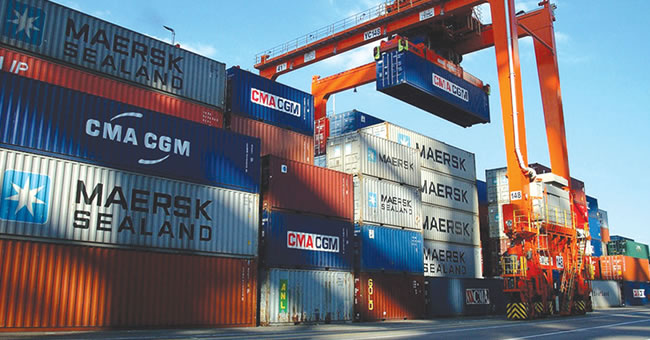 Weak demand for Nigerian products increased the trade balance deficit to N1.87 trillion in the second quarter of 2021.

The National Bureau of Statistics (NBS) stated this in its “Foreign Trade Statistics – Q2 2021 obtained on Monday by Ripples Nigeria.

According to the report, Nigeria spent N6.95 trillion on imports but recorded exports worth N5.08 trillion.

What this means is that out of the N12.03 trillion trade merchandise recorded between April, May, and June, imports exceeded exports by N1.87trillion, which is the deficit.

Furthermore, NBS data shows that non-oil exports of N462.85 billion was recorded in the period under review. While crude oil/total exports constituted 80.29% of the transaction 42.22% was export/total trade.

For product classification, NBS said “total value of trade in agricultural goods in Q2 stood at N817.35 billion, with the export component totalling N165.27 billion while the import was valued at N652.08 billion.

For Solid Minerals, trade stood at N63.68 billion, with the export component at N14.93 billion while import was valued at N48.75 billion, with the top exported mineral products being cement exported to Niger Republic and Togo in values worth N3.12 billion and N2.32 billion.

For the manufactured goods sector, the value of trade stood at N4.51 trillion representing 37.50 per cent of total trade. The export component accounted for N211.67 billion while the import component was valued at N4.29 trillion.

“The products that drove up manufactured products were vessels and other floating structures for breaking up, which was exported to Cameroon in the value worth N71.90 billion.

“Vessels and other floating structures for breaking up were also exported to Spain and Equatorial Guinea in values worth N18.34 billion and N6.26 billion.

“In terms of manufactured imports, used vehicles were mainly imported from the United States and Italy in values worth N33.78 billion and N5.74 billion,” they said.

While in terms of Raw materials total trade stood at N904.51 billion, imports at N840.50 billion while the export component stood at N64.01 billion.

On goods imported during the quarter, China led with a value of N2.078 trillion, followed by India with N570.01 billion, Netherlands with N557.16 billion, and the United States with N526.92 billion.