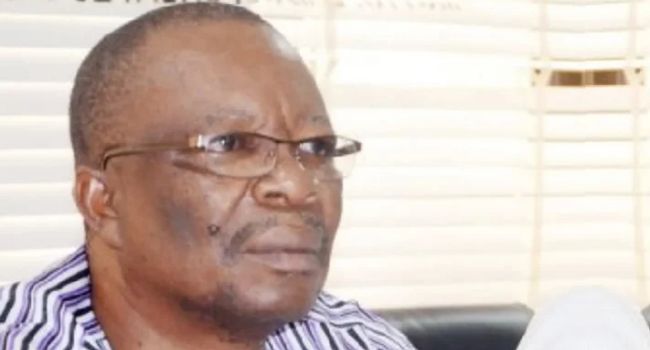 The leadership of Academic Staff Union of Universities (ASUU) on Sunday decried the unconcerned attitude of the Nigerian government towards public universities in the country.

The union had on Friday conditionally suspended its eight-month-old strike following an order by the National Industrial Court.

The ASUU President, Emmanuel Osodeke, who featured on a Channels Television Programme, Sunday Politics, blamed the industrial action on the insincerity of the government to honour agreements signed with the union.

Osodeke insisted that the union remains important to the survival of the public universities in the country.

He also challenged the government to prioritize funding of public universities in the interest of Nigerians.

He said: “Remove ASUU today. I can tell you in the next two years, our universities will be like our primary and secondary schools. The union has fought hard to ensure the continued survival of the system. The union should not be looked at as the problem. Apart from the meeting with the members of the House of Representatives, no government officers called us for a meeting.

“We just make education our priority. Reasonably percent should be allocated to the system in the budget. Our children will be encouraged to stay here instead of spending huge money going abroad. Nigerian students deserve to be respected. They should not be kept away from schools unnecessarily.”

Osodeke also berated the Minister of Labour and Employment, Chris Ngige, for misinforming the public about the strike.

He added: “The minister was being disturbed by a guilty conscience. ASUU is apolitical. We are fighting for the interest of Nigerians. The minister went to the public to tell lies.”

The ASUU president revealed that issues in the dispute between the union and the federal government have not been fully resolved.

He stressed that the courts’ rulings and appeals by Nigerians forced the union to suspend the strike.