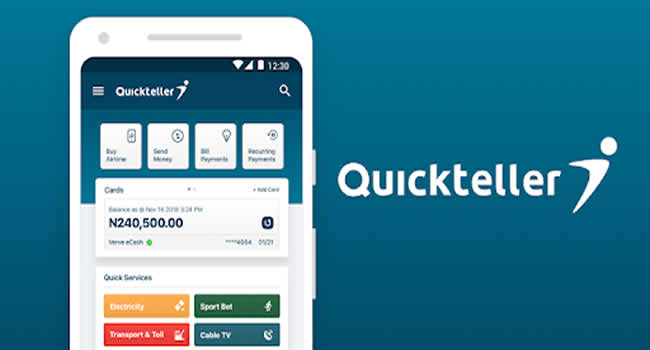 Quickteller had, earlier in April, invited entrepreneurs, across Nigeria, to post a 1-minute video of themselves explaining how N1 million would boost their businesses, to stand a chance to qualify into the grand finale.

This initiative from the fintech company, Interswitch, is expected to help businesses that are signed onto the Quickteller Business platform boost their business further.

One of these businesses will be winning a 1Million Naira grant for their businesses courtesy Quickteller Business. They will be going live by 4pm to pitch their business virtually to our judges. Who do you think will walk away with the grand prize? Stay tuned for live updates.. pic.twitter.com/6V5DNjhqx2

Tech Trivia: The following are co-founders of Twitter except?

Tech giant, Google, has announced opening applications for the sixth class of its Google for Startups Accelerator Africa.

The initiative, which is expected to support African tech startups through their crucial growth phases is a three-month online programme.

Speaking on the development, Onajite Emerhor, head of Google for Startups Accelerator Africa, noted that Applications are open until May 14 to startups from 17 countries across Africa, including Egypt, Ethiopia, Ghana, Kenya, Nigeria, Senegal. South Africa, Tanzania, Tunisia, Uganda and Zimbabwe.

Onajite further highlighted the challenge that led Google to launching the virtual edition, citing the break of the pandemic.

He said: “Last year, due to the COVID-19 pandemic, the first virtual class of Google for Startups Accelerator Africa was launched.

“It was the first all-online iteration of Google’s accelerator program for Africa, and saw 20 startups from seven countries undergo a 12-week virtual journey to redefine their offering while receiving mentoring and attending workshops.

“This year, with the sixth cohort, we want to continue to play our part by supporting developers and startups within the Africa tech ecosystem, ensuring they get all the access and support necessary to see them continue to grow.”

Expensya, a B2B expenses management solution based in Tunisia, has closed a US$20 million funding round as it looks to scale its venture.

The nearly 7 year old startup was founded by Karim Jouini and Jihed Othmani to offer a software-as-a-solution (SaaS) platform that helps businesses of all sizes manage their expenses.

The startup noted that the new raiser will go into improving its R&D as well as fueling international expansion.

Today, Expensya has serviced over 5,000 companies in approximately 100 countries.

Media reports revealed that the startup had initial secured funding in 2016, 2017 and 2018, adding that the new US$20 million funding round comes from MAIF Avenir and Silicon Badia, with participation from French investors ISAI and Seventure Partners.

Unlike others on the list who are co-founders of Twitter together with Jack Dorsey, Gareth Frank Bale is a Welsh professional footballer who plays as a winger for Premier League club Tottenham Hotspur, on loan from Real Madrid of La Liga, and the Welsh national team.

Bale began his professional career at Southampton, playing at left-back and earning acclaim as a free kick specialist.