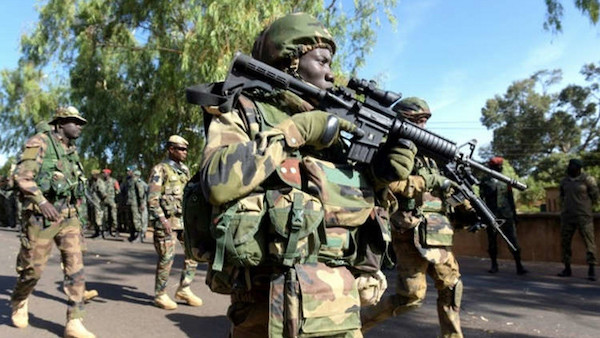 The Nigerian Military said its troops of 130 Battalion have killed 20 members of the Boko Haram and Islamic State’s West Africa Province (ISWAP) terrorists.

A statement on Sunday by the Coordinator of Defence Media Operations, Major General John Enenche said the development followed a fierce encounter at the north-western part of Baga town in Borno State.

According to Enenche, the troops conducted the decisive intercept offensive operation with the support of the Nigerian Army Super Camp in Baga.

The insurgents, he said, were armed with mortars, rocket-propelled grenades, and small weapons and were on their way to attack villages surrounding Baga when the troops engaged them in a gunfight.

“However, nine of our gallant soldiers were wounded in action with no loss of life. They were evacuated to Sector 3 hospital for treatment.”

Oil price inches up to $33.83 amidst slow recovery