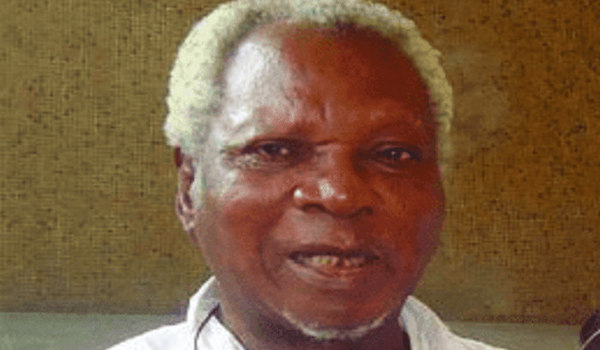 The death of the Emeritus Professor of Literature was announced in a statement on Tuesday signed by Prof. C. C. Clark, for the family, and Mr. Ilaye Clark, for the children of the deceased.

The statement revealed that Professor John Pepper Clark died in the early hours of today.

“Prof. J. P. Clark has paddled on to the great beyond in comfort of his wife, children and siblings, around him.

“The family appreciates your prayers at this time. Other details will be announced later by the family,” the statement concluded.

As a parting shot, we highlight nine things you probably may not know about the poet and playwright whose works frequently dealt with various themes through a complex interweaving of indigenous African imagery and that of the Western literary tradition.

2) Clark received his early education at the Native Authority School, Okrika (Ofinibenya-Ama), in Burutu LGA (then Western Ijaw) and the prestigious Government College in Ughelli.

3) He had his BA degree in English at the University of Ibadan, where he edited various magazines, including the Beacon and The Horn.

4) Upon graduation from Ibadan in 1960, he worked as an information officer in the Ministry of Information, in the old Western Region of Nigeria, as features editor of the Daily Express, and as a research fellow at the Institute of African Studies, University of Ibadan.

5) He served for several years as a professor of English at the University of Lagos, a position from which he retired in 1980.

6) In 1982, along with his wife Ebun Odutola (a professor and former director of the Centre for Cultural Studies at the University of Lagos), he founded the PEC Repertory Theatre in Lagos.

7) He is a widely travelled man, who held visiting professorial appointments at several institutions of higher learning, including Yale and Wesleyan University in the United States.

8) Clark’s dramatic work includes Song of a Goat, the Raft (1964), in which four men drift helplessly down the Niger aboard a log raft; Ozidi (1966), a transcription of a performance of an epic drama of the Ijaw people and the Boat (1981), a prose drama that documents Ngbilebiri history.

9) In 1991, he received the Nigerian National Order of Merit Award for literary excellence and saw publication, by Howard University, of his two definitive volumes, The Ozidi Saga and Collected Plays and Poems 1958-1988.