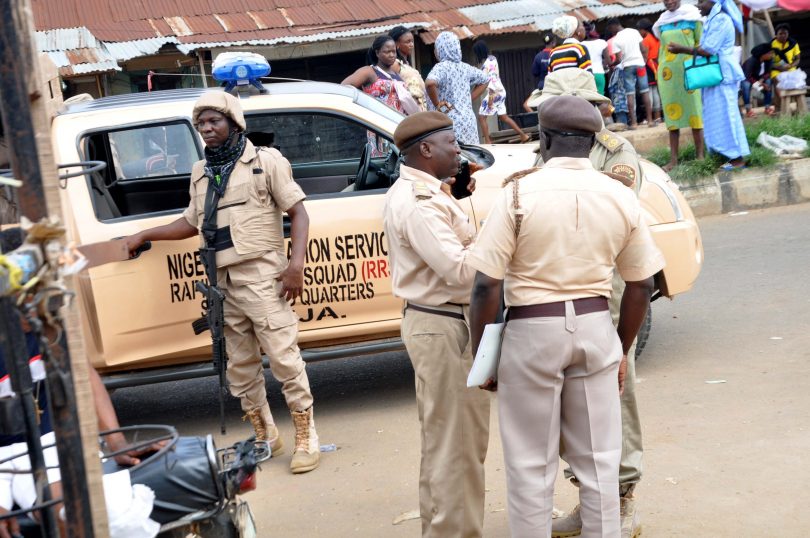 The Nigeria Immigration Service (NIS) said its operatives have intercepted 10 Nigerians traveling to Cameroon, not minding the coronavirus pandemic.

The agency said that after intercepting the travellers, they were handed over to health officials for medical checks to determine their COVID-19 status.

The spokesman of NIS, DCI Sunday James stated this in a statement in Abuja on Friday.

He said Naval operatives at Adadia control post aided in the interception of the travellers.

“The 10 persons were handed over to health officials for medical checks to ascertain their COVID-19 status and related ailments and returned to their localities after clearance by the health officials and profiling by the NIS operatives,” he said.

James added that Two of them were from Cross River and eight from Akwa-Ibom state.

On efforts to forestall future occurrence, he said that the Comptroller-General of Immigration Service, Muhammad Babandede, had directed for intense patrol at the border and for officials to be at alert to monitor movements around the border areas.

The service advised Nigerians around the border communities “to avoid aiding movement across the border at this period to avoid prosecution in line with extant laws of the service.”