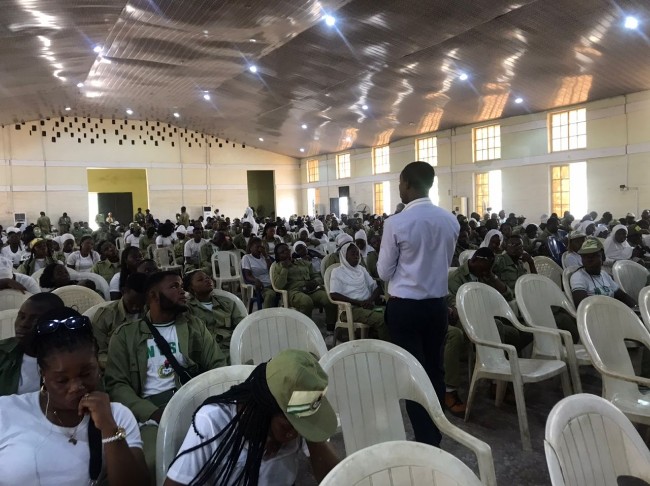 A group of digital skills trainers under the National Information Technology Development Agency (NiTDA) has organized a skill development session for corps members in Ilorin, the Kwara State capital.

This was contained in a press statement seen by Ripples Nigeria on Tuesday.

The initiative, led by MindTheGap team, saw the training of over 1000 corps members in Ilorin.

According to the lead trainer, Ayodele Olorunfemi, digital skills have become the solace for the youth in times of lack of job opportunities.

“The youth cannot continue to complain of lack of job opportunities. The world is going tech, we must be part of that drive to stay ahead,” he said.

“It is our hope that through this program we can help more people access jobs and take many out of poverty.”

A Nigerian commodity exchange company, AFEX, has expanded its footprint into Uganda.

Read also:Proptech startup, AtarCloud, secures $1.3m Seed Round. 2 other stories and a trivia

The company disclosed the development on its official Twitter handle, seen by Ripples Nigeria on Tuesday.

Launched in 2014, AFEX bills itself as the leading African commodities exchange and commodities market player.

The expansion into Uganda follows closely seven months after it first entered the East African continent.

Odusanya further noted that the company would implement its scalable approach, which combines infrastructure and cutting-edge technology.

Tech Trivia: Which of the following is an example of desktop software?
A. A cloud-based application that runs in a web browser
B. A mobile app that runs on iOS and Android
C. An installable program that runs locally on a computer
D. An app that runs on a personal assistant, such as Alexa or HomePod
Answer: see end of post

3. Meta to add more features to its Messenger app

Facebook’s founder, Mark Zuckerberg, has announced the introduction of new features in its Messenger app for end-to-end encrypted chats.

Zuckerberg disclosed this on his official Facebook page, seen by Ripples Nigeria on Tuesday.

Facebook also disclosed that it is gradually expanding the testing of default end-to-end encryption for Messenger.

Ripples Nigeria gathered that features like Chat themes, Custom chat emojis and reactions, Group profile photos, and others were the new features introduced into the end-to-end encrypted experience.

4. Amazon launches $5/month RxPass in the US

Amazon is launching a new product, RxPass, to expand its reach in the space.

John Love, vice president of Amazon Pharmacy, confirmed the development in a statement on Tuesday.

With RxPass, Gupta Prime explained that Prime members in the US could purchase as many generic versions of drugs as they require for a fixed monthly charge of $5.

“We are excited to offer our customers surprisingly simple, low pricing on the eligible medications they need each month,” said Love.

Love added that RxPass is not open to people on government medical plans like Medicare or Medicaid.

Desktop software is any application that runs locally on a desktop computer or laptop. It is often contrasted with mobile apps and cloud-based software.