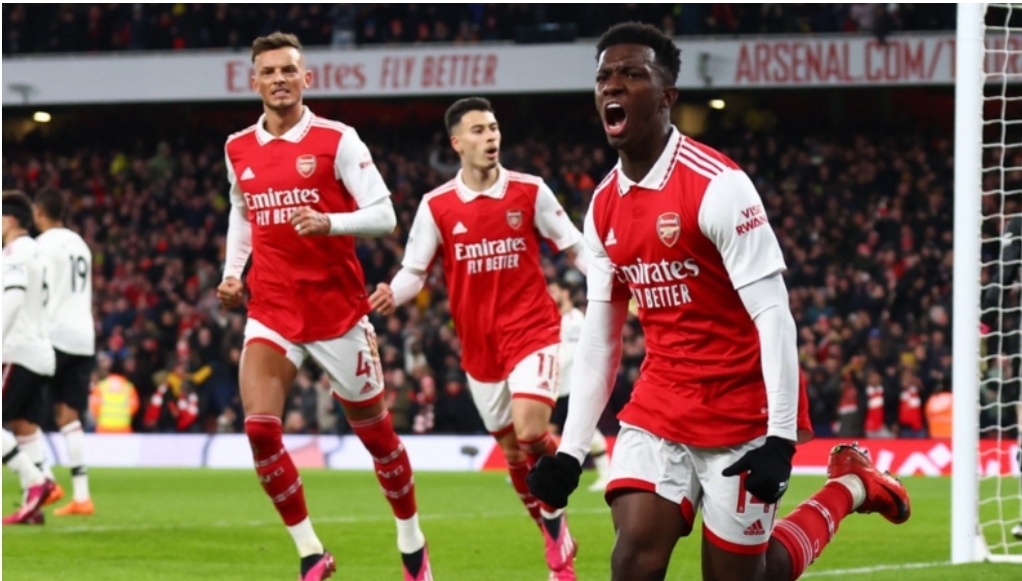 Eddie Nketiah scored a late winner to help Arsenal seal a 3-2 victory over Manchester United in a Premier League encounter at the Emirates Stadium on Sunday.

Nketiah initially scored a 24th-minute equaliser after Marcus Rashford opened the scoring in the 17th minute, before netting his second of the night to win the game for Arsenal.

Both sides were level at half time. Bukayo Saka put the Gunners ahead in the 53rd minute while Lisandro Martínez drew level six minutes after.

The game was heading towards the end when Nketiah’s 90th-minute effort made the difference.

Manchester City’s earlier win over Wolves applied pressure on the Gunners as it cut their lead to just three points, but Arsenal’s triumph over the Red Devils has restored their five-point lead.

Mikel Arteta’s boys have one game in hand in the Premier League, but will face Manchester City in the FA Cup fourth round on 27 January.

Explainer: Why Juventus Bagged 15-point deduction in Serie A