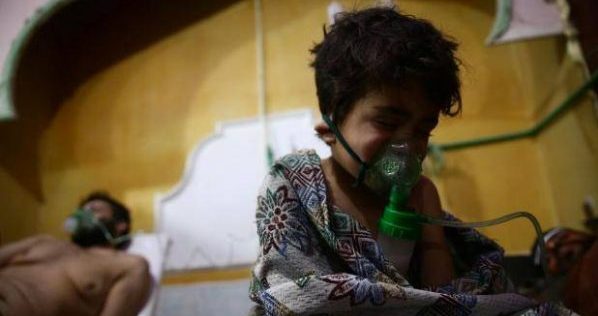 A US media report citing findings by UN experts has revealed that pariah Asian country, North Korea has been sending equipment to Syria that could be used in chemical weapons manufacturing.

The New York Times informs that an unreleased UN report reveals that Pyongyang’s missile specialists have been seen at Syrian weapon-making facilities supplying materials include acid-resistant tiles, valves and pipes.

The report is coming days after North Korea kicked against fresh sanctions imposed by the United States of America over its continued missile proliferation describing the move as an ‘act of war’.

North Korea’s government has heavily criticised the new economic ban days after the US imposed what is described as the ‘heaviest sanctions ever’ against Pyongyang.

Meanwhile, China has made it clear through a statement by its foreign ministry to the US that the fresh sanctions imposed on North Korea could undermine cooperation between Beijing and Washington.

China urged a reversal of what it described as a “unilateral action” saying it had lodged “stern representations” with the US over the tough measures imposed on North Korea.