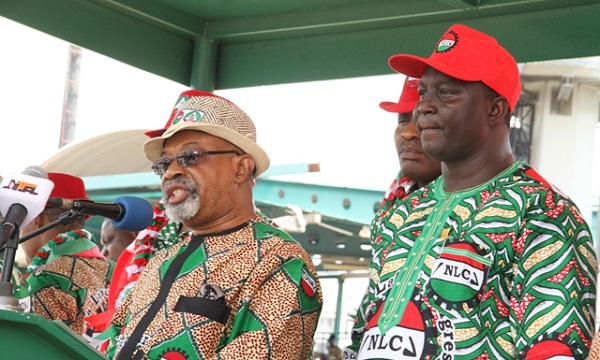 The Nigerian Labour Congress (NLC) has directed its members to attack the Minister of Labour and Employment, Dr. Chris Ngige, on sighting.

The union had accused the minister of initiating attack on its members during a protest at his private residence on Wednesday.

Labour resolved on Thursday that the minster and any member of his family be attacked anywhere they were sighted.

While briefing journalists at the Labour House in Abuja on Wednesday, NLC President, Ayuba Wabba, said that instruction had been given to workers at airports to attack Ngige and members of his family when sighted, adding that the minister had been reported to national and international labour organizations.

He added that the workers had been mobilized for a national protest that will take place in Abuja on Monday next week.

He said, “We are coming prepared for him. The fundamental right of people to protest and assemble is sacrosanct. The Minister tried to undermine the rights of workers. His son attacked the workers.

‘’Anywhere and everywhere himself or members of his family is seen by workers, even at the airport where we have our workers, he should be attacked.

‘’We have formally reported to security agencies and given them the Police and the DSS.”