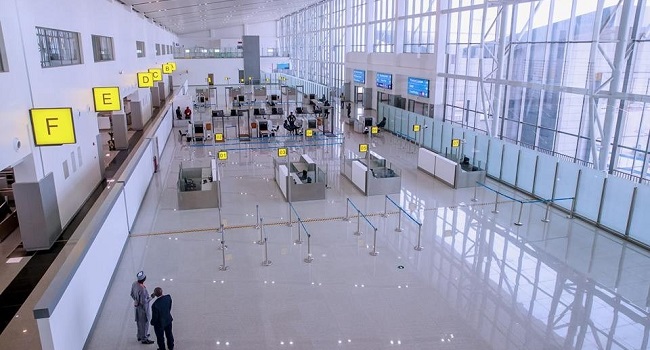 The Nigerian Labour Congress (NLC) has disapproved of the proposed concession of four of Nigeria’s major airports in a letter to President Muhammadu Buhari.

The letter dated 8th October and endorsed by Ayuba Wabba, the labour union president, sent a cautionary note to the Nigerian government about its plan to resist the move should government press ahead without reconsidering the facts.

In the letter titled ‘The Nigeria Labour Congress Rejects the Plan to Concession Nigeria’s Major Airports,’ the NLC demanded that government review other sustainable means of running the airports and attracting fresh fund for expansion and growth.

The labour group recommended alternatives like Green Field Concession and corporatisation or full autonomy of the Federal Airports Authority of Nigeria (FAAN) rather than the proposed concession which it believes will offer no benefit to the airports, which will be concessioned for 20 years while enriching some private pockets.

“First, is the Green Field Concession where investors are invited to make fresh investments in clearly delineated areas of deficit in our airports’ infrastructure including terminal expansion, runway expansion and upgrading of critical aviation equipment and facilities. “Such investments should be recouped from the additional revenue from the patronage and services accruing from the use of the upgraded facilities.

“Another alternative is to corporatise FAAN. Here, government should retain 45 per cent equity share while the remaining 55 per cent is broken down for public acquisition. This is the model adopted in such climes as South Africa in a similar situation as we. This would help build investor confidence while assuaging the concerns of labour,” the NLC said in the letter.

It prescribed that government consider the option of granting complete autonomy to FAAN like Ethiopia did in order to optimise service delivery, infrastructure layout, revenue generation and served markets.

According to the NLC, due process was not followed in the concession process.

“Organised Labour is also miffed that due process as prescribed by our Public Procurement and Concession laws and the laws governing our aviation sector has been flung to the dogs by the peddlers of this toxic pill designed to short-change, enslave and pillage the Nigerian people. A few instances would suffice.

“The Infrastructure Concession Regulatory Commission Act provides that ‘the public entity should have enabling authority to transfer its responsibility’ – enabling legislative and policy framework or an administrative order to that effect,” NLC said.

The Nigerian government had in June received four certificates of compliance on the concession of the four airports and the plan has recently stirred up a backlash from the public, especially labour unions, with the House of Representatives Committee on Aviation questioning the agreement on the proposed concession, saying it is lopsided.