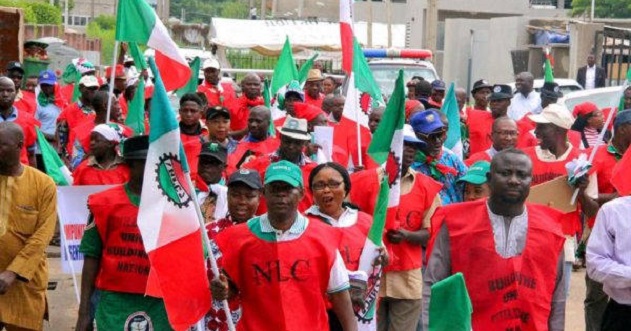 The Nigerian Labour Congress (NLC), has resolved to embark on strikes in states that have refused to pay its workers the N30,000 minimum wage earlier agreed upon.

In a communique signed by the NLC President, Comrade Ayuba Wabba and and the General Secretary, Emmanuel Ugboaja, at the end of its National Executive Council (NEC) meeting on Thursday in Abuja, the labour union described the failure of some state governments to implement the new national minimum wage as an act of criminality and betrayal of office.

The NLC added that some state governments were also yet to conclude negotiations on consequential salary adjustment owing to the new national minimum wage.

“The NEC warned that it would take very drastic action against state governments that have refused to pay the new national minimum wage and minimum pension which benefit had already been eroded by the escalating inflation in the country.

“The NEC also resolved to view the refusal to pay the new national minimum wage by state governments as demanded by the law as an act of criminality, betrayal of the oath of office sworn by state chief executives and a dangerous adventure in anarchy.

“The NEC-in-Session directed all states where the national minimum wage of N30,000 is yet to be paid to immediately proceed on industrial action.”

INSECURITY: ‘Weaknesses in our structure, constitution have never been so pronounced’