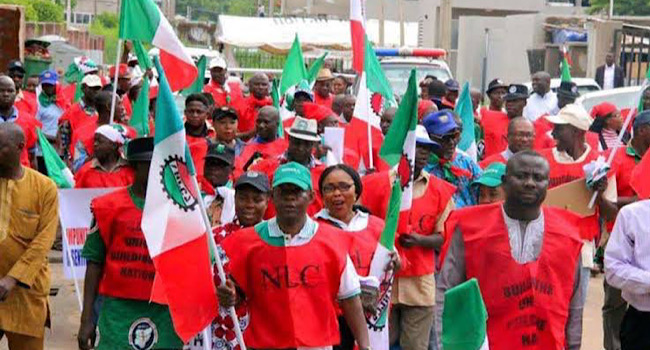 It was learnt that the protest started as early as 8:00 am, and the premises of the Commission has been blocked, preventing workers from gaining entry into the building.

According to the union, the picketing was held over alleged unfriendly policies against labour workers of the commission.

The protest led by the president of the NLC, Comrade Ayuba Waba, alongside executive and members of the union, is accusing the CAC management of clamping down on union members who challenged anti-workers policies.

However, the Trade Union Congress (TUC) and the NLC are divided on the issue, and this resulted in a clash between members of the unions.

Speaking at the protest ground, Waba alleged that the Commission’s Registrar General, Garba Abubakar stalled staff promotion and brought in environmental experts to fumigate the agency for N35 million in view of the Covid-19 pandemic, including contracting someone to paint the Zone 5 annexe office for N25 million.

TUC had on Tuesday held a news conference, warning that they would resist the picketing by the Nigeria Labour Congress, but the NLC says it plans to picket the CAC for three days and would not back down.