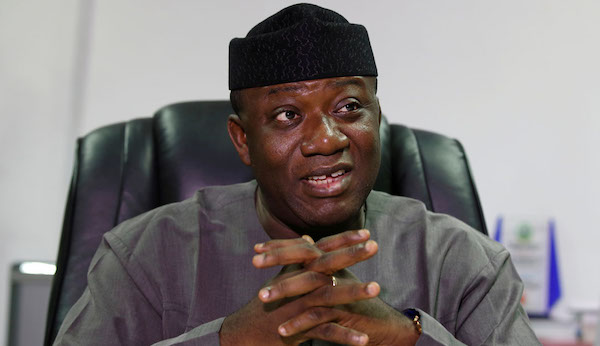 The organized labour in Ekiti State, comprising Nigeria Labour Congress (NLC), Trade Union Congress (TUC), and the Joint Negotiating Council (JNC) has issued a 14-day ultimatum for the state government to implement their demands for a better welfare.

The ultimatum will take effect from Monday, July 20 and failure to yield to the warning, the groups said they would proceed on strike starting Monday 3rd August 2020.

The NLC, TUC and JNC, rising from their meeting in Ado Ekiti, accused the Dr Kayode Fayemi administration of turning a blind eye to the workers’ welfare needs.

The items, according to the statement included “non-implementation of financial benefits arising from the letters of promotion given to all deserving workers from years 2015, 2016, 2017, 2018 and 2019 and advancement and government’s decision to petition the outstanding promotions for the years 2015, 2016 and 2017 and contemplating the implementation of 2018 and 2019 only.

“Non-payment of Leave Bonus for the years 2016, 2017, 2018, 2019 and 2020 to all deserving workers in the state; non-payment of special hazard allowance for health workers; and non-payment of deductions such as cooperative societies deductions, bank loan repayment, union check-off dues among other deductions in recent time by the present state government under the guise of the introduction of net salary payment”.

However, the groups rejected “the speculated percentage salary payment to workers.”