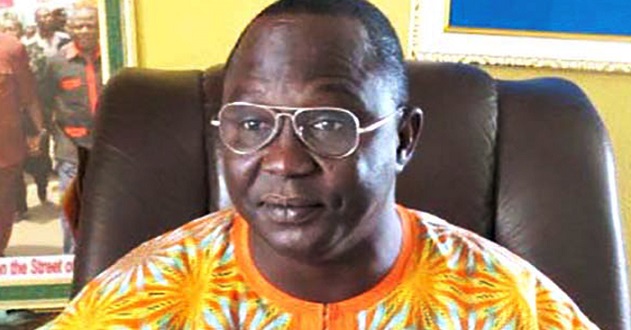 The Nigeria Labour Congress (NLC) has reiterated its pledge to fight against injustice and violation of labour laws in Kaduna State.

This was contained in a statement issued by the NLC President, Mr Ayuba Wabba, on Tuesday in Abuja, titled, ”Kaduna Workers are not slaves- They have rights”.

According to Wabba, it has been tales of sorrows, tears and blood from Kaduna State.

”The Nigeria Labour Congress will not fold its arms and watch a situation where thousands of workers are sacked with impunity and in clear violation of the clear provisions of our labour laws.

”Protecting the rights and dignity of workers using all lawful means including strike actions falls under the mandate of the Nigeria Labour Congress.

”This mandate to protest and protect the interest of Nigerian workers as enshrined in Nigeria’s Constitution and Labour Laws will be robustly deployed again by Congress in Kaduna State.

”Especially as occasioned by increasing waves of kidnapping, banditry, general insecurity, a mass sack of workers and killing of students peacefully protesting the hike in school fees at Gidan Waya, Kaduna State.

”This situation is being encouraged by the neo-liberal policies of the Kaduna State Government.”

He said that it was sickening that not being satisfied with destroying the livelihoods of workers, the state government had graduated to the alleged killing of students.

The NLC president, however, said the actions of the Kaduna State Government demonstrated complete contempt to the present and future labour force in Kaduna State.

According to him, this time it will be to total and in defense and protection of the rights of Nigerian workers and pensioners whom Mr Nasir El Rufai relentlessly seeks to convert to his foot carpet.

He added that instead, governments are creating jobs and providing material support for citizens to go through this very rough patch in global history.

”We insist that the rights of Kaduna State workers earn legitimate livelihood must be protected. Kaduna Workers are not Slave,” he said.