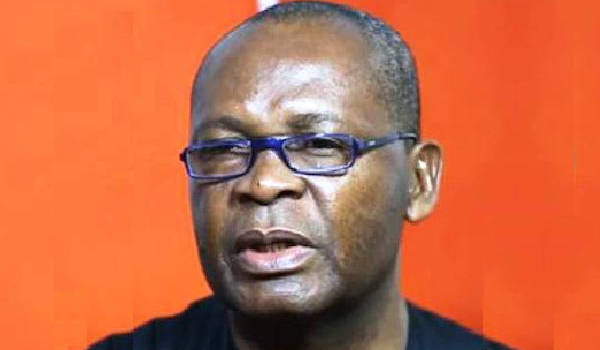 I have restrained myself since yesterday from making comments on the State of the Nation given the wanton and primitive destruction we witnessed in Lagos yesterday and other states in Nigeria. Since yesterday I have been reading all the narratives on social media. A friend of mine sent a Video purportedly made by NNAMDI KANU of IPOB which has been circulating on Social Media.

I figured out that they are trying to link the Childish and inciting video for being the cause of the mayhem in Lagos. In other words, the take away is that NNAMDI KANU instigated Igbo in Lagos to attack Lagos in the name of protest for #ENDSARS. As an Igbo political leader in Lagos who has been here for close to 40 yrs, I think history will permit me to speak out and put the records straight before the feeble, weak and senseless narratives create an ethnic war in Lagos.

1. Igbo I know do not have the character to destroy but to build and that is why we always say in Igbo proverb: Ebe Onye bi ka ona awachi, meaning where you live is where you make your home. Check your streets, check all the markets in Lagos, check Estate developers, check everywhere in the metropolis and see and feel the presence of Igbo. They build anywhere they go, and they do not destroy.

2. NNAMDI KANU does not speak for the Igbo Nation, and therefore his opinion is not the opinion of the intelligentsia and business moguls in Igboland. He is speaking for his brainwashed young elements lost in his antics and fruitless separatist agenda. Those who matter in Igboland are not on the same page with the Kanu boy of IPOB.

5. If you are a deep political thinker with great eyes if you follow political events like I do every day, if you are a good student of politics and if you have third eyes you will know at once that Asiwaju BAT has built an intimidating, formidable and unputdownable political networks across Nigeria to the extent that it is difficult now if not impossible for anybody to stop him from becoming the President of Nigeria in 2023, all things considered. Only God can stop him, and this I know very well. The strategic,well-coordinated, clinical attacks on his interests in Lagos is well planned, well structured and clinically delivered to stop him in 2023 at all cost but will it stop him? No sir!

6. Asiwaju is not the only Governor that ruled Nigeria from 1999 to 2007. Where are other 35 governors, and why are they not trending like Asiwaju after 13yrs out of power? You cannot stop an idea whose time has come. You cannot cover the sun with bare hands.

8. Please help to find the progenitors and the leaders of #ENDSARS MOVEMENT even though they will tell you they have no leaders. I am sure the leaders are not Igbo, and I know it. #ENDSARS may be a dummy sold to the public, but i have a feeling that it has deep political undertones. When they started #ENDNIGERIA, #ENDBUHARI, #ENDASIWAJU, #ENDEVERYTHING people like us began to doubt the movement. Now see the rot and the damage staring us on the face.

9. Now having said all this, let me ask this fundamental question: who is driving this narrative that Igbo led a sophisticated Yoruba nation to destroy Lagos in their own land because one funny character called Nnamdi Kanu told them to do so? In the Yoruba Nation, in the 21st Century? Where is the muscle? Where is the courage? Where is the strength? Where is the capacity? We can do better than this.

10. Without sounding immodest let me say it here that the sophisticated and well cultured Yoruba Nation I know very well should throw this narrative away with the left hand. It is not good politics. Lagos has the machinery, deep political structures and cultures, great understanding, and all the trappings of modern civilization to investigate these horrible allegations trending on Social Media that one funny character called Nnamdi Kanu commanded his boys to attack Lagos. It is one dangerous allegation that can cause disaffection in the metropolis and beyond if not properly managed and handled.

11. Finally, let me use this medium to draw the attention of of South-East Governors, Senators, House of Reps Members, State Lawmakers in the South East. Igbo intelligentsia, Igbo leaders of thought, Traditional Rulers, Captains of Industries from Igboland, Igbo business moguls, Igbo Professors and intellectuals, all Egg Heads in the South East, Igbo intellectuals in the diaspora, Igbo professionals etc to rise up now and speak out. By all means, Nnamdi Kalu must be called to order. Nnamdi Kanu is putting all Igbo in danger across Nigeria.

Igbo remain the most travelled tribe in Nigeria and they have settlements across Nigeria and across the world. The kind of statement he issued yesterday, which I listened to is capable of bringing up another genocide, and millions of Igbo will die. Evil triumph in any society when good men do nothing. When elders are not at home, children may wear snakes as necklaces. The hottest part of hell is reserved for those who maintain their neutrality in times of great moral crisis.

Let us gather to reason together and run when the rains are yet to come. Nnamdi Kanu is putting all Igbo in trouble and danger in Nigeria. If we are sensible people and I know we are this is the time to call a spade a spade and tell Nnamdi Kalu that a tree cannot make a forest. I am the political leader of NDIGBO in APC Lagos, and I do not want any harm to come to any Igbo and other tribes in Lagos or anywhere in Nigeria. Let history be my witness. Case Rested.