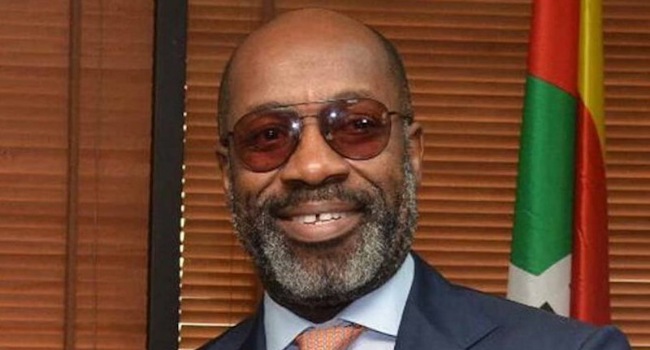 Although, the main reason for his action was unclear, he reportedly told close associates that he had to throw in the towel, to join his family outside the country, as the covid-19 pandemic had made him stay away from them for a very long time.

Other sources however, said the COO who turned in his letter on Wednesday may have left because of health issues. The move came as a surprise to many, as it was close to the anniversary of his taking up the new post.

Ewubare was only a few months ago redeployed, from his former position as Group General Manager, National Petroleum Investments and Management Services (NAPIMS) and before then, he was the Managing Director of the Integrated Data Services Limited (IDSL), a seismic data acquisition company of the corporation.

There are however insinuations within the corporation, that Ewubare, one of the top officials from the Niger Delta region, may have left due to disagreements with the current management of the corporation led by Mr. Mele Kyari.

Explaining the reasons for Ewubare’s redeployment in May, the NNPC had stated that professional competence, national spread and accountability were prioritised before such deployment.

He said that some Chief Operating Officers, Group General Managers and Managing Directors of subsidiaries were affected in the redeployment exercise at the national oil company.

The erstwhile Chief Operating Officer (COO), Upstream, he said, under the new arrangement, got an additional responsibility for business development, besides managing the group’s ventures.

Obateru announced that Ewubare brought to bear his competence in the onerous task of laying the groundwork for the corporation to take up new business opportunities and challenges thrown up by the COVID-19 impasse.

His position as COO Upstream, was taken over by Mr. Adeyemi Adetunji, erstwhile Chief Operating Officer in charge of downstream directorate, during the reshuffle.

Related Topics:NNPCRoland Ewubare
Up Next

Another 322 Nigerians return from US over COVID-19 scare