Home » Latest » NNPC has always watched out for corruption – Baru 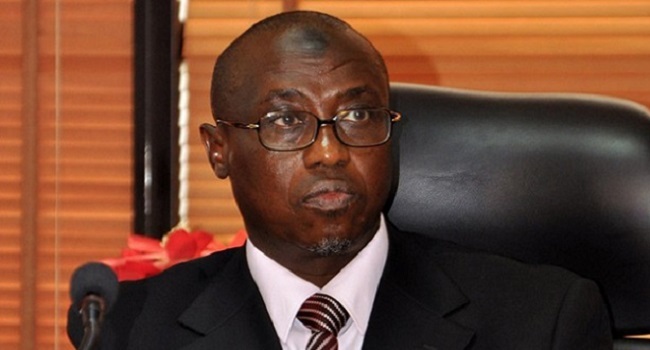 The Nigerian National Petroleum Corporation (NNPC) has been described as one of the Federal Government agencies that has always made efforts to check corruption.

The claim was made on Monday by the outgoing Group Managing Director of NNPC, Dr. Maikanti Baru, when he spoke at his valedictory address in Abuja.

There have been allegations of massive corruptions in the NNPC, both in the preceding governments and the current government of President Muhammadu Buhari.

But Baru, in his speech said the NNPC adopted an anti-corruption posture before any of other agencies of the government.

“Today, people have been surprised: ‘What is EFCC doing here? Are they coming to carry the GMD?’ He came with a badge for me. My anti-corruption campaign was forced on me by Engr Kupolokun when he was GMD, I (will) never forget it.

“The NNPC was the very first agency to imbibe that government drive of fighting corruption. I recall the passage of the bill for the ICPC was in September 2000 or the assent.

READ ALSO: R-APC leader Galadinma who worked for PDP, Atiku insists he is still a member of APC

“And the NNPC in October 2000 inaugurated an in-house anti-corruption committee to leverage on that act. So, when people talk about transparency and integrity, the NNPC had always watched out for infractions and corruption,” Baru said.

Among those at the event were the governor of Ekiti State, Kayode Fayemi; the acting chairman of the Economic and Financial Crimes Commission, Ibrahim Magu; and past GMDs of the NNPC, among others.

Buhari had recently appointed Kolo Kyari as the new GMD of NNPC, directing that he should officially take over from Baru on July 8, 2019. 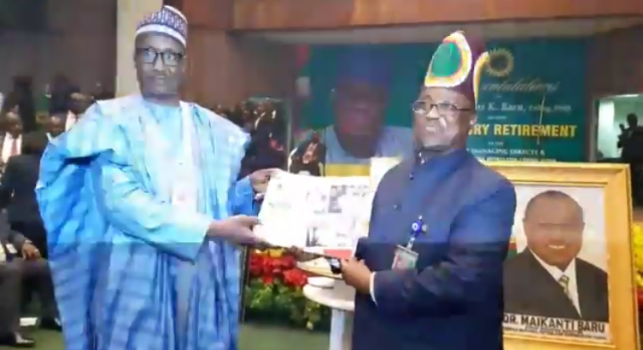