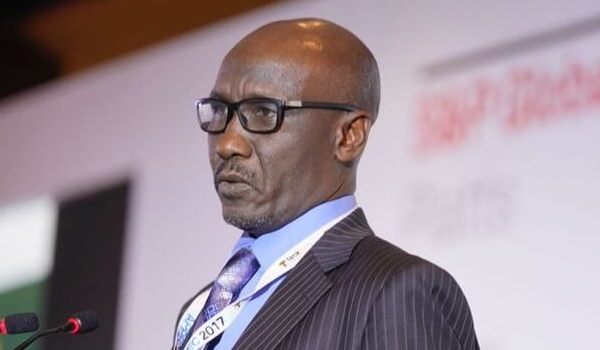 The Nigerian National Petroleum Corporation (NNPC) has said it experienced a 94% increase in pipeline vandalism cases in November 2019, compared to the figure posted the month before.

The NNPC stated this alongside other information in its Monthly Financial and Operations Report (MFOR) released in Abuja on Sunday.

Samson Makoji, Acting General Manager, Group Public Affairs Division of the Corporation stated that the report indicated that 68 pipeline points were vandalised in the month of November 2019, translating to a 94% increase over the 35 breached in the preceding month.

According to Makoji, 15 of the vandalised points were not welded and just two points were ruptured.

“A breakdown of the breach indicated that the Mosimi-Ibadan axis accounted for 31 percent of the breaks, Atlas Cove-Mosimi network witnessed 19 percent, while Ibadan-Ilorin and other routes accounted for 15 percent and 35 percent respectively.

“The MFOR noted that NNPC, in collaboration with the local communities and other stakeholders, would continuously strive to reduce and eventually eliminate this menace through effective collaboration,” he said.

Mr Makoji went further to say that the daily average natural gas supply to gas-powered plants grew by 16.53% from 553 million standard cubic feet per day (mmscfd) in October to 645 (mmscfd) in November 2019, translating to power generation of 2,178 megawatts (MW).

“A period-to-date Production from Joint Ventures (JVs), Production Sharing Contracts (PSCs) and Nigerian Petroleum Development Company (NPDC) contributed about 69.50 per cent, 21.06 per cent and 9.44 per cent respectively to the total national gas production. Out of the total volume of gas supplied in November 2019, 137.02BCF of gas was commercialized, consisting of 35.29BCF and 101.73BCF for the domestic and export market respectively.

“This translates to a total supply of 1,176.40mmscfd of gas to the domestic market and 3,391.04mmscfd of gas supplied to the export market for the month, implying that 59.91 per cent of the average daily gas produced was commercialized, while the balance of 40.09 per cent was re-injected, used as upstream fuel gas or flared.

“An export sale of crude oil and gas of $504.44 million was recorded in November 2019; indicating an increase of 4.39 per cent compared to the previous month. According to the November report, crude oil export sales contributed $383.89 million (76.10 per cent) of the dollar transactions compared with $396.94 million contribution in the previous month; while the export gas sales amounted to $120.55 million in the month. The November 2018 to November 2019 Crude Oil and Gas transactions indicated that crude oil & gas worth $5.46 billion was exported.”

Related Topics:NNPCpipeline vandalism
Up Next