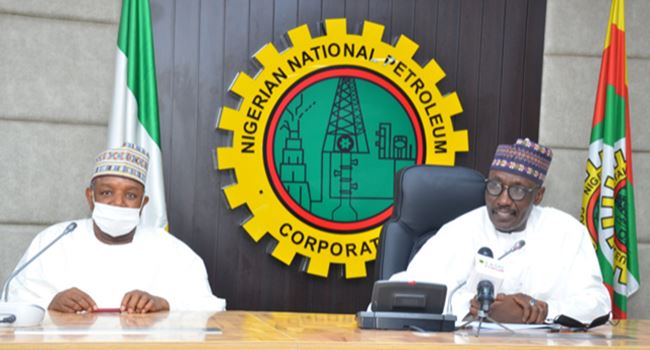 The Nigerian National Petroleum Corporation (NNPC) on Thursday,revealed its plans to resume active oil exploration in the Sokoto Basin area.

This was contained in a statement issued in Abuja on Thursday, April 8, by NNPC spokesperson, Kennie Obateru, on behalf of the corporation’s Group Managing Director, Mele Kyari.

Kyari confirmed that exploration for crude would resume in the Sokoto Basin.

The statement read in part, “Kyari also hinted of plans for the corporation to resume active exploration activities in the Sokoto Basin.”

The NNPC boss disclosed this while receiving the Governor of Kebbi State, Atiku Bagudu, who paid Kyari a courtesy visit in his office on Thursday.

Kyari also restated NNPC’s commitment to the partnership with Kebbi State for the production of biofuels, describing the project as viable and in tandem with the global transition to renewable energy.

Kyari said the linkage of the agricultural sector with the energy sector would facilitate economic growth and bring prosperity to the citizens.

He was quoted as saying, “We will go ahead and renew the Memorandum of Understanding and bring in any necessary amendment that is required to make this business run faster.”