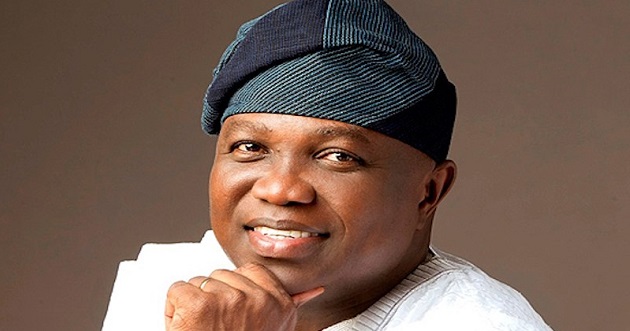 Lagos State governor, Mr. Akinwunmi Ambode has said no arm of government must be a clog in the wheel of progress.

According to the governor, the sole aim of being in politics and government is the protection of lives and property and provision of welfare for the citizenry, no matter what side of the political divide a politician may be.

The governor stated this while declaring open the Second Quarterly Meeting of the Conference of Speakers of State Legislatures at the Lagos House, Ikeja Lagos.

According to a statement issued by his Chief Press Secretary, Habib Haruna, the governor reminded the 36 speakers of state Houses of Assembly that no one arm of government can work alone and that they should remember that they work to render their service to the people who elected them.

Noting that it was impossible for any arm of government to exist without the other; he called for collaboration and mutual understanding to ensure effective governance.

“Legislature is vital to the sustenance of democracy. Its stability, equity, and economic prosperity through the effective performance of legislative duties and oversight functions cannot be overemphasised.”

Ambode also called on lawmakers both at the State and federal levels to avoid all acts that can constitute an obstruction to the wheel of progress as a result of party differences.

Read Also: I was almost losing hope in Nigeria— IBB

“The primary purpose of politics, he noted, was to serve the people and give back to the society. Politicians should be constantly reminded that the essence of politics as enshrined in the constitution was to protect the lives and property, as well as the welfare of the people.

“As politicians, we must ensure that the electorate continues to believe and trust in the principles of equity and the rule of law.

“No arm of government must be a clog in the wheel of progress on the basis of partisan differences and that was why I said that it is very significant that irrespective of our party lines, irrespective of what has happened, we are still here to find a common ground to discuss national issues that relate to autonomy, that relate to State Police and that is the message that we have been sending in the last three and half years.”

“The whole essence of us being called politicians is to be able to give service to our people. When we do the road, bridge or the hospital, it does not ask whether you are PDP or APC neither does it ask whether you are Igbo, Hausa or Yoruba before you can climb on the Third Mainland Bridge.”

“There are only two reasons why we are in this business of politics which are also enshrined in the Constitution – protection of lives and property and welfare of our people and so no matter what strategy or path or geographical landscape we use, what is important is that we should be able to achieve those two objectives”, the governor said.