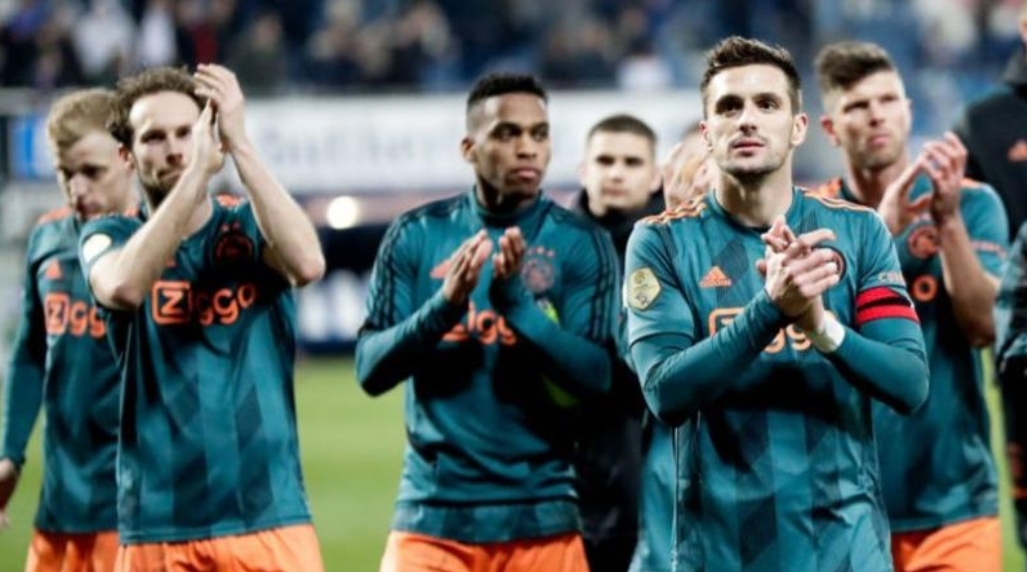 Dutch football governing body has cancelled the topflight competition, the Eredivisie, over the coronavirus pandemic ravaging the world, declaring no team as winners.

The Eredivisie has never ended a season without a champion being named since it was formed in 1956.

But the KNVB said it had become impossible to play out the rest of the season after the national government banned major events until September 1st.

Ajax led the table from AZ Alkmaar on goal difference with nine games left but will not be named champions, and no team will be relegated as well.

Both clubs will compete in the Champions League pending UEFA’s final decisions; while third-place Feyenoord will qualify for the Europa League group stages, with fourth-placed PSV and fifth-placed Willem II entering the qualifying stages.

As a result, there will also be no promotion to the league from the second division.

Cambuur – who topped the second tier and held an 11-point gap over the play-off positions – will not go up.

“The KNVB is aware that whatever decision had to be made, every option would hurt somewhere,” the football body said.

“It will be crystal clear to everyone involved, from supporters and players to directors and referees, that public health always comes first.

“Nevertheless, the professional football board is aware that today’s decisions will cause great disappointment in football for some.”

Meanehile, more than 4,000 people have died so far from the coronavirus in the Netherlands.