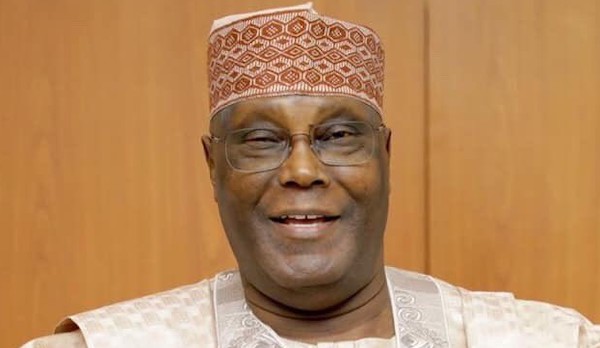 The presidential campaign council of the Peoples Democratic Party (PDP) has exonerated its candidate, Atiku Abubakar, of corruption claims leveled by the ruling All Progressives Congress (APC).

Daniel Bwala, the spokesman for the Atiku/Okowa organisation, made this clarification, on Wednesday, during an interview on AriseTV, monitored by Ripples Nigeria.

Festus Keyamo, a spokesman of the All Progressives Congress Presidential Campaign Council, had issued a 72-hour ultimatum to the Economic and Financial Crimes Commission (EFCC); Code of Conduct Bureau and Independent Corrupt Practices and Other Related Offences Commission (ICPC), seeking Atiku’s arrest.

Keyamo, in a letter dated January 16, signed by him, said Atiku should be arrested, interrogated and prosecuted for “offences against the Code of Conduct for public officers, offence of money laundering, offence of criminal breach of trust and criminal misappropriation and offence of conspiracy”.

Atiku was accused of siphoning public funds through proxies – “special purpose vehicles” – while he was vice president, according to Keyamo’s petition to the agencies.

Consequently, Keyamo threatened legal action unless the organizations responded to the petition.

However, Bwala, during the interview on AriseTV, claimed that there was no evidence of wrongdoing on Atiku’s part since the EFCC already investigated the case.

He also accused the APC of distracting from the corruption allegations brought against its candidate, Bola Tinubu, by a former Head of Alpha Beta, which is still pending at the EFCC.

Bwala said, “The only thing APC wrote is that Atiku said he floated an SPV to finance their party but what they don’t know is that SPV is used by business ventures and it is not unlawful unless it was used to commit illegal acts. So if Atiku says the SPV remits proceeds to the party, then there is no evidence of any wrongdoing and he also said it has been investigated by the EFCC and there was no sign of wrongdoing.

“If the APC has any case, they ought to contact the EFCC, not Atiku. It is an exercise in futility and a wild-goose chase since the investigations have been concluded

“But they were trying to distract from the existing investigation by the EFCC submitted by the former CEO of Alpha Beta, indicting Tinubu which will be subjected to investigations.”

Apara also accused Alpha-beta, a consultancy company, and Akin Doherty, a former commissioner in the Lagos State, with money laundering, fraud, tax evasion, and other corrupt activities in a 40-page writ of summons sent by his attorney, Tade Ipadeola.