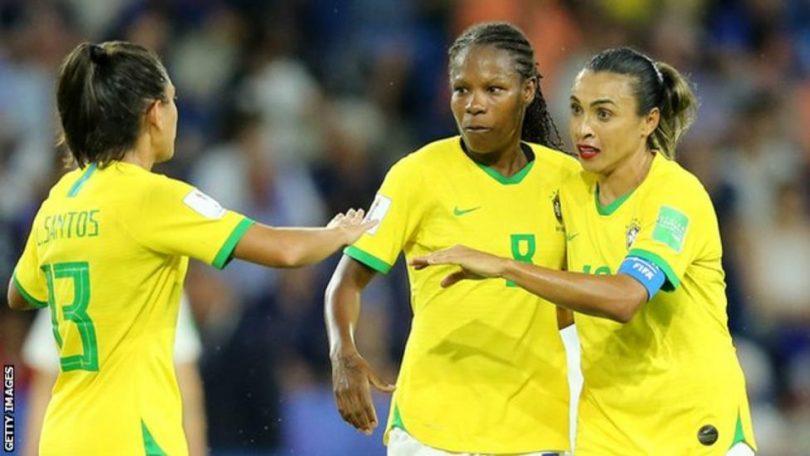 Brazil has joined the league of a few nations who give equal pay to their men’s and women’s national players for representingthe country.

The South American nation joins countries like Australia, Norway and New Zealand to pay their men and women internationals the same amount.

Brazil’s football association (CBF) says players will be granted the same daily and prize amounts for taking part in preparation periods and games.

The measures have been put in place in March, according to CBF president Rogerio Caboclo.

“Since March of this year, CBF has made an equal value in terms of prizes and daily rates between men’s and women’s football,” he said.

“That is, the players earn the same thing as the players during the calls. What they receive by daily call, women also receive.”

Caboclo says its arrangement also applies to performances at international tournaments such as the World Cup and Olympics.

“There is no more gender difference, as the CBF is treating men and women equally,” he said.

“What they will gain by conquering or by staging the Olympics next year will be the same as the men will have.”

Brazil’s women’s team have not played since March, when many competitions around the world were postponed because of the coronavirus pandemic.

Meanwhile, England FA claims the country has, since January, been paying women the same as men for representing their country, both for match fees and bonuses.

The Nigeria Football Federation (NFF) is yet to make the step, even as the Nigeria women’s team, Super Falcons, have generally been more successful than the men’s team, the Super Eagles.