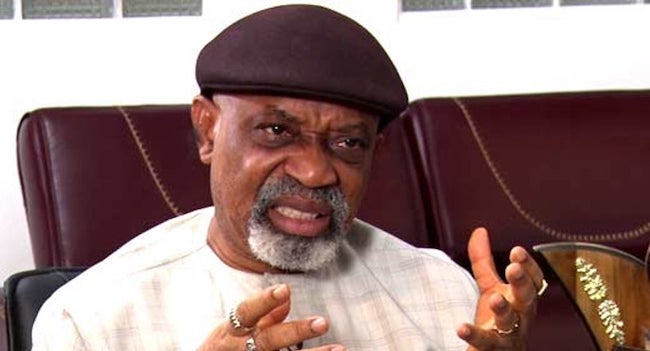 Minister of Labour and Employment, Chris Ngige, says no Nigerian president can tolerate what Nigerians have thrown at President Muhammadu Buhari, adding that the President is seen as a “willing horse” to be ridden to death.

Ngige, who spoke on a Channels Television programme on Monday evening, said Buhari has tolerated a lot from critics of his government, and wondered if former Presidents Olusegun Obasanjo and Goodluck Jonathan would have given Nigerians such latitude to criticize and continue to attack them and their governments.

According to the Minister, many leaders will not condone half of the criticisms Buhari faces on a daily basis.

“This president (Buhari) is a democrat and is so afrraid of a breach of the constitution or any law. I am even stronger than him in terms of that.”

Contesting insinuations from many Nigerians that Buhari is fond of disobeying and flouting the rule of law, Ngige said:

”Such insinuations come from people in the media and in the social media world. Even President Obasanjo, can he give you people this latitude? He will not. I know him. Even ex-President Goodluck Jonathan will not allow such.

“They will not grant you people that. So, this president (Buhari) is a willing horse and you people (Nigerians) want to ride him to death,” Ngige asserted.

Related Topics:#featuredBuhariJonathanObasanjorule of law
Up Next

10 states yet to implement minimum wage, two years after