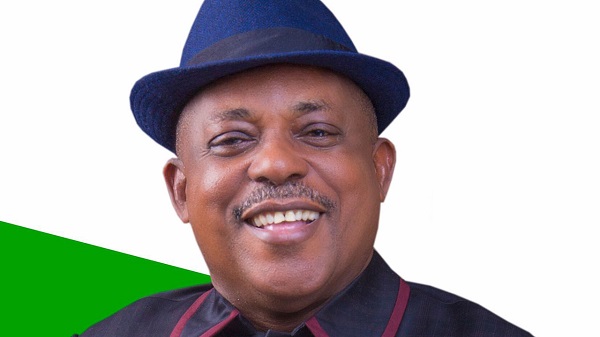 The Peoples Democratic Party (PDP) on Wednesday dismissed reports that members of its National Working Committee (NWC) were plotting the removal of the National Chairman, Prince Uche Secondus.

The PDP NWC met on Tuesday to fashion out the way forward for the party ahead of 2023.

A source at the meeting told journalists on Wednesday that NWC members were pushing for the removal of Secondus, who has been in office since 2017.

However, in a chat with journalists in Abuja on Wednesday, the PDP National Publicity Secretary, Kola Ologbondiyan, dismissed the claim on the attempts to sack the party chairman.

He added that the NWC remained united and indivisible.

Ologbondiyan said: “We have a responsibility to move the party forward so we have no issue with our national chairman. You will agree with me that if there is any kind of issue, the environment will not be the same.

“It is the All Progressives Congress (APC) that is seeking to divide the PDP. But one assurance I will give is that the NWC is united. There is no rancour and we are working on how to deliver the party in the 2023 general elections.”