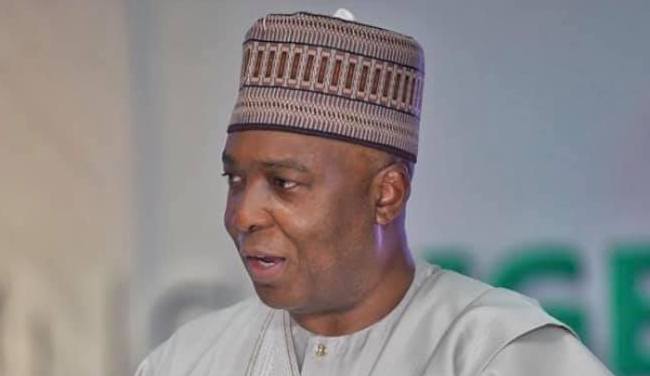 The former Senate President, Bukola Saraki, said on Friday his opposition to plan to foist a Muslim-Muslim ticket on Nigeria in 2014 was in the national interest.

He was reacting to a remark credited to the All Progressives Congress (APC) national leader on the events leading to the 2015 general elections.

Tinubu had during a meeting with APC delegates in Ogun State, said Saraki orchestrated a smear campaign against him after he was chosen as President Muhammadu Buhari’s running mate in the 2015 presidential election.

The APC chieftain said: “He (Buhari) knew all the calculations then favoured us, that is why he wanted me as his vice, but I told him to let us build the party first.

“The senate president cannot also be a Muslim, that was how they started the campaign of calumny against me.”

However, in a statement issued by his media aide, Yusuph Olaniyonu, Saraki said Nigeria was bigger than anyone’s desire, including Tinubu.

The ex-Senate President vowed to resist any scheme that would produce a religious crisis in a multi-religious country like Nigeria.

“The opposition to a Muslim- Muslim ticket was not targeted at Tinubu or any other person. It was a decision that even all party leaders know helped the victory of the party and also worked for the unity of the country.

“That decision is not about self but national and collective interests. It is a decision which served the purpose of the people of Nigeria and I have no regret supporting it.”