This is no time for feasting, go to Dapchi, PDP tells Buhari

Home » Politics » This is no time for feasting, go to Dapchi, PDP tells Buhari 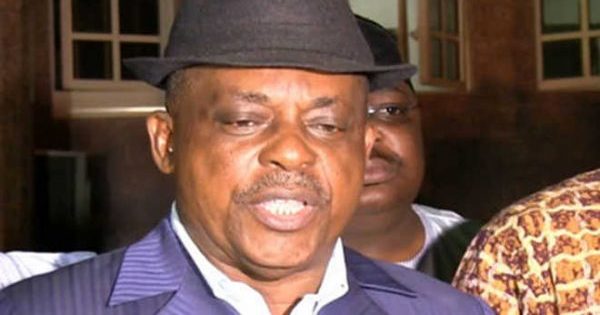 The Peoples Democratic Party (PDP) has urged President Muhammadu Buhari to halt the feasting with the All Progressives Congress (APC) chieftains in Aso Villa and visit Dapchi, Yobe State.

The party said that Buhari visiting Dapchi, where Boko Haram terrorists penultimate Monday abducted 110 schoolgirls, will mean showing leadership and will also help him to get a first hand information on the circumstances surrounding the abduction of the girls under his watch.

“This noble advice, if heeded by Mr. President, will bridge the disconnect between him and Nigerians, who daily lament the aloofness of their leader,” the opposition party said.

This was contained in a statement PDP national publicity secretary, Kola Ologbondiyan, released on Tuesday, adding that “it was disheartening that while the parents of our abducted daughters are wailing and the insurgents are fleeing deeper, the President and his APC leaders are busy feasting in the Presidential Villa and plotting their bound-to-fail 2019 re-election campaign.”

The statement read, “President Buhari has completely reneged on his assurances, before his election, to be a father to all and to lead the fight against insurgency from the fronts.

“Nigerians are worried that he has now allowed himself to be holed in the safety and luxury of the presidential villa while citizens are being slaughtered and taken captives by marauders and insurgents.

“Nigerians are shocked that the presidential mandate of protecting lives has now been reduced to a cosmetic dispatching of ministers and persons with no knowledge of security, including those known to be falsifying performance indices, on mere fact-finding missions, while machinery for proactive security measures are left unattended.

“Today, Nigerians are daily slaughtered and taken as captives because those who have the direct mandate to protect them are more interested in their ill-lucked 2019 re-election ambition while the citizens are left to whatever fate befell them.

“Painfully, Nigerians are yet to see any concrete action taken by the Buhari Presidency to apprehend the perpetrators of the gruesome killings in Benue, Taraba, Zamfara, Adamawa, Borno, Plateau, Nasarawa and Yobe among other states where our citizens are being hacked down by marauders and insurgents.

“They are yet to see any step so far taken, outside empty promises, to end or even reduce the carnage.

“Most appalling is the fact that while the parents of our 110 abducted Dapchi daughters are still wailing and insurgents driving into deeper recesses, the President and his partymen are busy feasting in the Presidential villa and plotting their 2019 campaigns; of course, with funds meant for the wellbeing of the people and our nation.

“Indeed, this President Buhari-led and discredited APC-controlled Federal Government holds Nigerians in total disdain.
This administration is completely insensitive to the plight of the people and it is not a surprise that majority of Nigerians are more than prepared to reject them at the polls come 2019.

“We therefore plead with President Buhari to show leadership by immediately calling off his feasting in the Presidential Villa and take that bold step to visit Dapchi, where a soothing word from him will be a balm for the distraught community.

“We also urge him to take decisive steps to scale up action for the return of our girls in spite of the huge speculations that has filled the air. The President must keep his words to lead from the fronts”.