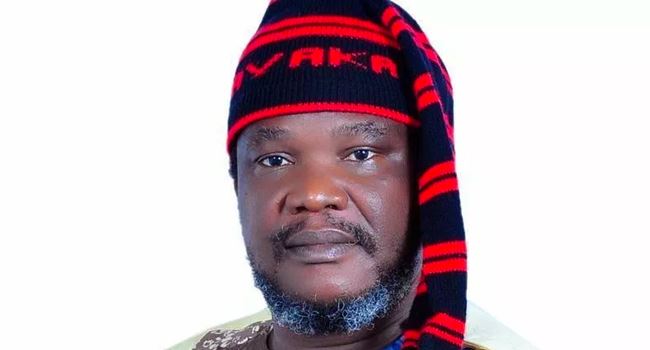 Nollywood actor, Ugezu Ugezu has taken to social media to slam his colleagues for refusing to address the heinous occurrences ongoing in Nigeria.

In an Instagram post, Ugezu mentioned that his colleagues have failed to live up to their responsibilities as celebrities. He mentioned that they do not understand what it means to stand up for the people and speak against the insecurities in the country.

“When we fail to confront the wild animal from the bush, the animal will continue to disturb.

Significantly….. WHEN YOU KILL THE ANIMAL CRYING IN THE BUSH, ANOTHER WILL START CRYING IMMEDIATELY.”

In the post that he shared, Ugezu accused his colleagues of squandering time on the social media platform, Tik Tok.

“In as much as I agree that people have the rights to live their lives how they want, I am particularly shocked that with all the insecurities in Nigeria, our super colleagues are not saying anything about it.

They are doing TIK TOK and dancing on Instagram.

Una get another country anywhere?”