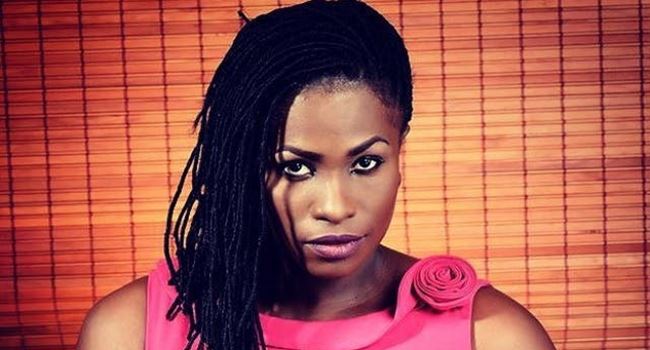 Sultry Nollywood actress, script writer and producer, Blessing Effiom Egbe has accused the writers of Africa Magic’s ‘My Flatmates’ of plagiarising one of her TV series titled ‘She Drives Me Nuts’.

Blessing, who took to her Twitter page to point out the eerie similarities between her TV series and ‘My Flatmates’ produced by Kayode Peters, claimed that the series’ writers recreated ideas from her 2018 series.

“I’m seeing many of the topics we treated on She Drives Me nuts series repeated on DSTV’s my flat mates. Do the writers lack content and Have resorted to copying existing works or do we just happen to write the same things? Na wa o.,” Blessing wrote on Twitter.

Recall years back that Nollywood actress Omoni Oboli was accused by a Canadian based Nigerian writer who goes by the name Jude Idada of intellectual theft.

Jude accused Omoni of lifting his script which he said she adapted for her yet-to-be-released movie titled “Okafor’s Law” which got a nod recently at the Toronto International Film Festival TIFF (one of the top 5 film festivals in the world).

In an interview with TNS at the time, Jude claimed Omoni did not seek permission from him before copying his script for the unreleased movie which the actress, producer and director described as her most ambitious movie project.